Wake up call for GOP or snooze alarm for Dems 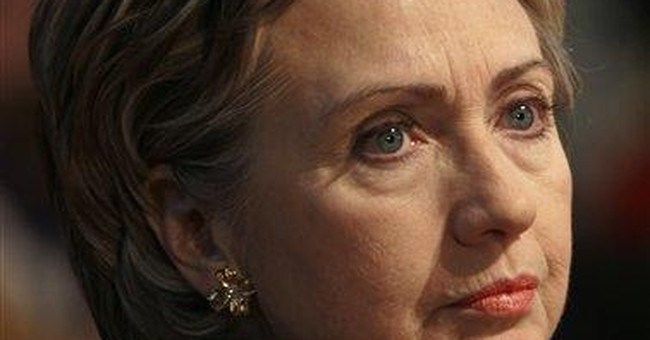 With the Gallup Poll showing a spike in Bush’s approval ratings and a narrowing of the gap between Democrats and Republicans in party congressional preferences, a looming question is how enduring the change is. Will it last until November?

Presidential-support scores and party ballot preferences are notoriously fickle, often swinging one way or another in a matter of weeks. I recall vividly how Clinton felt that his ratings had improved after his orchestration of a Mideast peace accord between Jordan and Israel one week before the 1994 elections. He returned home buoyed by the uptick and determined to campaign for deserving Democrats. But his campaigning backfired and made the newly minted statesman seem like a party politician and his ratings dropped again, paving the way for the ’94 debacle for the Democrats.

The growth in Republican fortunes is not based on any real change in either the economy or the war on terror. Very little is different in September than in June or July. The growth in Bush’s ratings and in Republican chances is entirely due to a change in voter perceptions brought about by the confluence of three events:

1. The thwarting of a serious al Qaeda plan to blow up airplanes over the Atlantic.

2. The renewed national debate on imprisonment and interrogation of terror suspects.

3. The anniversary of Sept.11, the Bush speech on that day, and the ABC-TV docudrama exposing the failure of Clinton’s efforts to get bin Laden.

These three events have not only served to rivet public attention on the war on terror, but they have also severed the domestic effort to protect our homeland security from the War in Iraq. It is no longer necessary to approve of the war in order to want to keep Republicans in power to avoid dilution of our anti-terror initiatives.

Only on immigration do the Republicans battle successfully, but their ability to cite their efforts is fatally undermined by their failure to get together and pass immigration reform when they controlled both houses and the White House.

So, with the underlying situation not much changed, it is probable that the mood will pass and that the Democrats will resume their domination of the 2006 election.

The problem for the Democrats is that we really do face a huge terrorist threat and there really is a key difference between the parties in how they would handle it. A Democratic victory giving them control of both houses would, in fact, undermine our efforts to keep America safe. The need for the Patriot Act and NSA wiretapping and the need to resist Democratic attempts to undermine them is never more apparent than in the 9/11 Commission report as highlighted in the ABC mini-series.

Americans have been far too cavalier in dismissing the chances of another major terror strike, and the Democrats have gone much too far out on a limb in opposing Bush’s efforts to interrogate terror suspects and to wiretap international phone calls. (By the way, Sen. John McCain (R-Ariz.) may be in the process of killing his chances for the GOP nomination and Sen. Lindsay Graham (R-S.C.) may be in midst of destroying his reelection chances over the same issue). The reality of these threats may well be clearer as the election approaches, kindled by the fifth anniversary reminders of 9/11.

So, did Americans wake up to the need to keep Republicans in office to defend against terror? Or was it just a snooze alarm and will they go back to sleep? The polls in the next weeks will tell the story.