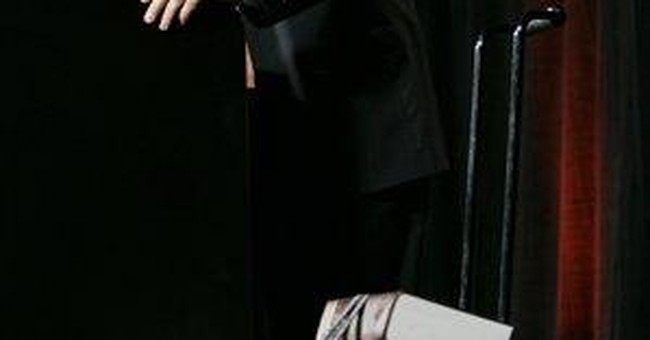 The best way to look at the U.S. tax code is like it's a three legged mule. It's ugly, deformed, and doesn't do much good for anybody.

Fixing the tax code should be the first item on the domestic agenda and fundamental tax reform should be a critical part of the 2008 presidential campaign, especially tomorrow’s CNN/YouTube Republican debate in Tampa.

As it stands today, our country's tax code is an unmitigated disaster: confusing and complex, costly and burdensome, a bloated bureaucratic mess that perfectly—and frighteningly—symbolizes all that can and will go wrong when the government decides to take control of the lives of individuals. Right now the country is in the mood for change in Washington, and one of the best places we can start is with fundamental tax reform.

Pretty much everyone agrees that taxes are a problem. Even Democratic Congressman Charlie Rangel's got a plan to reform the tax code (though it can be summed up with three words: soak the rich). Back in the 1800s, when taxes were much lower than they are now, poet Ralph Waldo Emerson said that taxes were a satire on government. But if this is comedy, I don't think it's very funny.

Part of the problem is that it is such a confusing, time-consuming process. The tax code is so complex that no one—not even the tax masters at the IRS—can figure it out. This means loopholes, special exemptions for special interests, and plenty of frustration for everyone.

The confusion and complexity of the tax code also results in tremendous hidden costs. The IRS collected 168 million tax returns last year, including 133 million from individuals, and each one represented a tremendous investment of time and effort that could have been spent elsewhere. When you and your employer pay taxes, it doesn't just cost the money you pay, it also costs time, effort and expertise, or what economists call "compliance costs."

When you add them up, those costs are pretty staggering. America collectively spends 6.6 billion hours filling out tax forms each year. In 2004, compliance costs totaled almost $250 billion dollars, an amount equal to nearly a quarter of total federal revenue. This country isn't just paying taxes; it's paying to pay taxes—and it isn't cheap.

Americans sent a man to the moon, figured out nuclear fission, and invented the automobile and the iPod. You'd think that something as ancient and simple as collecting taxes wouldn't be so much trouble.

After all, taxes have been around since Biblical times. But the Good Book, in all its wisdom, only devotes a few lines to taxes. The U.S. government, on the other hand, saw fit to spend three times as many words on its Internal Revenue Code as are in the entire King James Bible. Now, I'm no theologian, but it seems like we might do better to follow the Lord's lead on this one rather than the IRS.

It was, after all, our Creator who endowed us with the rights to life, liberty, and property. But to me, at least, sorting through the tax code each year is about the furthest you can get from any other of those things.

Paying taxes shouldn't be this way. Nor does it have to be. When I served as U.S. House Majority Leader, I introduced a Flat Tax plan to take all those thousands of pages of tax code and scrap them. In its place would be a simple, easy, fair tax form that could fit on an index card. You'd spend a few minutes on it once a year, and then you'd forget about it—just as it should be. See for yourself-- you can do your own taxes in seconds with this online Flat Tax Calculator.

People in Washington get ornery when you try to talk about tax reform. They'll call you crazy, irresponsible, or worse. But that's just their fear and anxiety talking. For many politicians, the tax code is a source of power, allowing them an easy way to dole out money to their favorite constituents—conveniently funded by you, the taxpayer.

Will Rogers said that the difference between death and taxes is death doesn't get worse every time Congress meets. For once, it would be nice if our government could prove him wrong. Tax reform is important not only to fiscal conservatives, but to anyone who stumbles through schedules and charts every April, or pays someone to do it for them.

If limited government conservatives are going to recapture Congress and the White House, they will need a broad national vision that appeals beyond the traditional base to also win the support of independent voters and moderate Democrats. A common sense and honest flat tax plan might be just the corner stone to that vision.