How to Crack a Government Cover-Up Wide Open 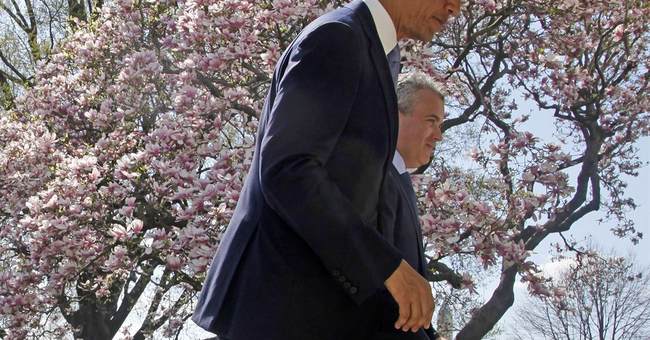 These are the men and women who refused to stay silent and thus enable the "betrayal" the book lays out -- engineered by a de facto Communist "occupation" of Washington by American traitors loyal to Stalin and, even more heartbreaking, largely covered up by successive U.S. administrations and elites.

The reason I take pains to bring these truth-tellers to light is that they remain lost to our collective memory, even as much confirmation of their truth-telling has become public record.

This means we are overdue for a major historical correction.

Our historical compass still erroneously indicates that the great Red hunters of the 1940s and 1950s were engaged in "witch hunts" for Communist spies who were figments of feverish imaginations. But these spies were real, all right, and hundreds of them have been identified.

We still snicker reflexively over references to "the Red plot against America."

With archival confirmation, however, we now know there was abundant Red influence on policymaking, as well as abundant Red plots, and many of them were brilliantly carried out to completion.

Meanwhile, we still fail to recognize that the institutions which define our world today, from the United Nations to the International Monetary Fund, were fostered by bona fide Soviet agents (such as the State Department's Alger Hiss and the Treasury Department's Harry Dexter White). We also remain oblivious to the contributions of those who spoke the truth along the way.

One such truth-teller was Julius Epstein.

Epstein was a Jewish refugee from Nazi-occupied Austria who came to the United States and became a noted journalist and author. I will have room here to discuss only one of his monumental gifts to history -- the truth about the Katyn Forest Massacre. (His work is further discussed in "American Betrayal.") By dint of his reporting, he was able to expose Soviet guilt in a wartime atrocity that both the U.S. and Britain had officially covered up for the better part of a decade.

The Katyn Forest Massacre was the 1940 Soviet slaughter of some 20,000 Polish officers, whose mass graves were discovered by Nazi forces occupying the region in 1943. Senior U.S. and British officials, out of deference to their wartime alliance with Stalin, decided to ignore the early evidence of Soviet guilt and blame the Nazis. What I argue in my book is that one consequence of this wartime alliance was an increasing moral and even operational complicity in Soviet crimes against humanity -- "the secret assault on our nation's character" of the book's subtitle. The U.S. and Britain, meanwhile, were allies with Poland, too, but its betrayal at the hands of allies had just begun.

In 1949, after Epstein published two compelling stories in the New York Herald Tribune about the evidence of Soviet guilt in the Polish killings, Congress seated a Select Committee to investigate. This is exactly what so many of us are asking of Congress today in order to investigate Benghazi.

The importance of this committee cannot be overestimated. Congress was able to establish the record of what happened, including the U.S. government cover-up of the truth about Katyn. The investigation also revealed that pro-Soviet influence inside the government played a major role. For example, the committee report states that "there was a pool of pro-Soviet civilian employees and some military" in Army intelligence who apologized for "almost everything that the Soviet Union did." Also, this same pool exerted "tremendous efforts to suppress anti-Soviet reports," and ensured that officers "too critical of the Soviets were bypassed" for promotion.

This has striking parallels with today. Change "Soviet" to "Islam" or "Muslim Brotherhood front groups," and the report could be describing goings-on inside the U.S. government ever since 9/11, and certainly today.

In 1950, the U.S. government changed its official story on the Katyn massacre, recognizing Soviet guilt in this mass atrocity.

By dint of men such Julius Epstein, truth triumphs.