Death by rules of engagement 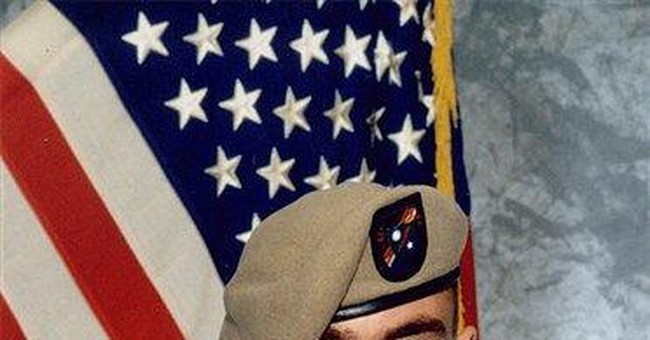 Now that Marcus Luttrell's book, "Lone Survivor: The Eyewitness Account of Operation Redwing and the Lost Heroes of SEAL Team 10," is a national bestseller, maybe Americans are ready to start a discussion about the core issue his story brings to light: the inverted morality and insanity of U.S. military rules of engagement.

On a stark mountaintop in Afghanistan, Leading Petty Officer Luttrell and three Navy SEAL teammates found themselves having just such a discussion back in 2005. Dropped behind enemy lines to kill or capture a Taliban kingpin who commanded between 150 and 200 fighters, the SEAL team was unexpectedly discovered in the early stages of a mission whose success, of course, depended on secrecy. Three unarmed Afghan goatherds, one a teenager, had stumbled across the Americans' position, presenting the soldiers with an urgent dilemma: What should they do?

If they let the Afghans go, the Afghans would probably alert the Taliban to the their whereabouts. This would mean a battle in which the Americans were outnumbered by at least 35 to 1. If the Americans didn't let the goatherds go -- if they killed them, because there was no way to hold them -- the Americans would avoid detection and, most likely, leave the area safely. On a treeless mountainside far from home, four of our bravest patriots came to the ghastly conclusion that the only way to save themselves was forbidden by the ROE. Such an action would set off a media firestorm, and lead to murder charges for all.

It is agonizing to read their tense debate as recounted by Marcus Luttrell, the "lone survivor" of the disastrous mission. Each of the SEALs was aware of "the strictly correct military decision" -- namely, that it would be suicide to let the goatherds live. But they were also aware that their own country, for which they were fighting, would ultimately turn on them if they made that decision. It was as if committing suicide had become the only politically correct option. For fighting men ordered behind enemy lines, such rules are not only insane, they're immoral.

The SEALs sent the goatherds on their way. One hour later, a sizeable Taliban force attacked, beginning a horrendous battle that resulted not only in the deaths of Mr. Luttrell's three SEAL teammates, but also the deaths of 16 would-be rescuers -- eight additional SEALs and eight Army special operations soldiers whose helicopter was shot down by a Taliban RPG.

"Look at me right now in my story," Mr. Luttrell writes. "Helpless, tortured, shot, blown up, my best buddies all dead, and all because we were afraid of the liberals back home, afraid to do what was necessary to save our own lives. Afraid of American civilian lawyers. I have only one piece of advice for what it's worth: If you don't want to get into a war where things go wrong, where the wrong people sometimes get killed, where innocent people sometimes have to die, then stay the hell out of it in the first place."

I couldn't agree more, except for the fact that conservatives, up to and including the president, are at least as responsible for our outrageous rules of engagement as liberals. The question Americans need to ask themselves now, with "Lone Survivor" as Exhibit A, is whether adhering to these precious rules is worth the exorbitant price -- in this case, 19 valiant soldiers.

Another question to raise is why our military, knowing the precise location of a Taliban kingpin, sends in Navy SEALs, not Air Force bombers, in the first place? The answer is "collateral damage." I know this -- and so do our enemies, who, as Mr. Luttrell writes, laugh at our rules of engagement as they sleep safely at night. I find it hard to believe that this is something most Americans applaud, but it's impossible to know because this debate hasn't begun. But it should. It strikes at the core not only of our capacity to make war, but also our will to survive. A nation that doesn't automatically value its sons who fight to protect it more than the "unarmed civilians" they encounter behind enemy lines is not only unlikely to win a war: It isn't showing much interest in its own survival.

This is what comes through, loud and ugly, from that mountaintop in Afghanistan, where four young Americans ultimately agreed it was better to be killed than to kill.