A Pilgrimage To Real America

Derek Hunter
|
Posted: Jul 11, 2021 12:01 AM
Share   Tweet
The opinions expressed by columnists are their own and do not necessarily represent the views of Townhall.com. 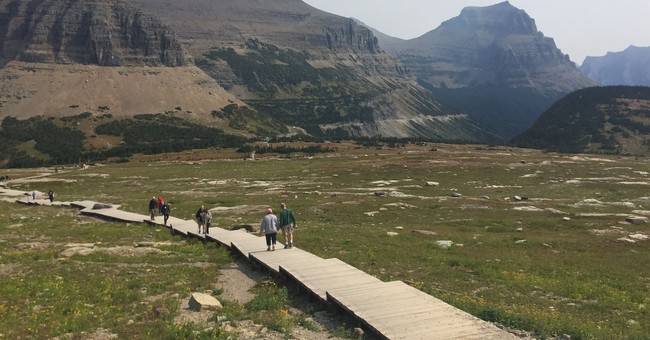 It was nice. Actually, it was glorious. What was the “it” of which I speak? It wasn’t the Stanley Cup finals, though I am glad Tampa Bay prevented the Cup from returning to Canada. And it sure as hell wasn’t anything the Biden administration did, ever, because it’s awful. No, it was my journey to real American – a land before masks where human beings shake hands and don’t look like a nation taken over by ultra-radical Islamists where every face must be covered. I, ladies and gentlemen, got the hell out of the Washington, DC, area, and spent a week in Michigan.

My 4-year-old daughter Quinn manages to insert a new syllable into the state’s name – making it “Michinigan” – and turning the entire state into the land where her grandpa lives, with seemingly fluid borders that extend only slightly beyond all that can be seen while grandpa is also seen. “Are we going to back to Grandpa’s in Michinigan?” we were asked after every excursion, even just to the store.

But we did leave Michinigan often, venturing out into the wilds of reality beyond the beltway, where few people are ruled by decrees from the Centers for Disease Control and Prevention or whatever the latest outrage Rachel Maddow’s staff has manufactured. The “Delta variant” is not on anyone’s mind, and the only “Karens” you come across are people actually named Karen who couldn’t be nicer.

On the way to Michigan, we spent the night in Sandusky, Ohio, and got our first taste of life beyond the confines of paranoia and overreaction. No one in the hotel wore a mask. It didn’t even feel like the staff had one handy, just in case the boss showed up, or something. It was just people smiling and talking, conducting life. I have to say, it felt a little odd. Not too much, but a little.

The next day, we had breakfast with a friend of mine the public knows as “Joe the Plumber.” Yes, the real guy. We met back in 2008 and remain friends. His house is on the way and it was a good chance to catch up. No masks, just handshakes and hugs. It was great to see our kids playing together, able to breathe, while we and our wives caught up. It was…normal.

Then we got to northern Michigan, where the only masks were seen a few elderly people, either in the grocery store or Walmart, but no one else has anything. We weren’t kissing strangers or exhaling on each other, we simply went about our business…like adults.

A trip to Mackinac Island sealed the deal. It’s traditionally tough to get on the island in summer, and by “tough” I mean crowded. Boat is the only way, and if you didn’t plan it out ahead of time, you will not have a place to stay because everything is booked. We only went over for the day, to get a sense of how the economy was recovering – a holiday weekend with great weather should have made everything from the moment we parked our car till we returned to it later in the day and absolute nightmare. It wasn’t.

It was actually quite nice.

The boat was crowded, but not overly so. The island had people walking the streets, but not the throngs of summer citizens Mackinac is known for. Having spoken to several people about the state of the island, “It’s been very slow” was the most common response. That seemed weird, considering it’s an outside-based place where cars and banned and there is a constant breeze.

The same was true for Traverse City, another tourist Mecca, especially during the National Cherry Festival. Sure, there was traffic, but not anything close to what you’d expect. The answer from locals mirrored it Island – “it’s slow.”

There is a large swath of the country ready to return to normal, desperate for it, even. But there’s another group, maybe just as large, who simply can’t and likely never will. A fully vaccinated man with a mask on being checked out by an unmasked clerk behind a sheet of Plexiglas that barely reaches to either of their foreheads will be the image that most sticks with me from this sojourn into the real world.

It still exists, that real America. Joe Biden hasn’t been able to regulate it out of being, nor has his “door-to-door” brigade made it to where people just want to be left alone. At least not yet.

No, this was just real people with jobs and families simply going about their business the way adults always have, at least before last year. No one was running around licking doorknobs or using other people’s utensils, people were smart and sensible. Most of all, people were sick of all of it.

I don’t know how that will translate when it comes to voting next year or in three years, but every political sign I saw, and I mean every single one, was a Trump sign still up and clearly maintained. I didn’t even see a Biden bumper sticker.

Well, there was one sign that wasn’t a Trump 2020 sign. That one was on a lawn in Higgin Lake, Michigan, and it read, “My Governor is an Idiot.” Real America is back.