The Media's Rape of Reality 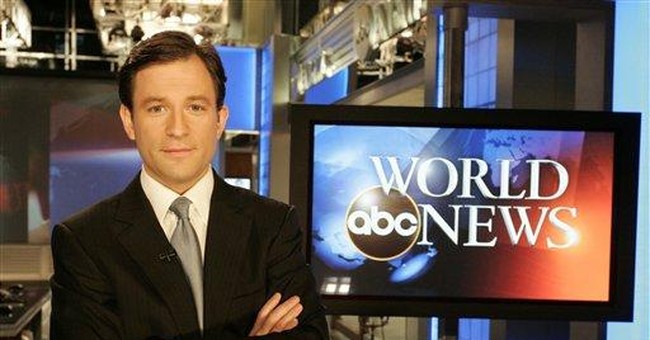 Trending
I didn’t want to write this column. I definitely didn’t want to use these words. I wanted to write about something else, but after the events of this week, I had no choice.

I am here to report a rape. To protect President Obama from the failure of his administration to anticipate or respond appropriately to the attacks on our embassies in the Middle East, the media has absolutely raped the truth.

Americans were targeted and murdered by radical monsters around the globe. The president did nothing about it. The White House had at least a 48-hour advance warning this was coming. It told no one. It didn’t warn the diplomats or increase security at the embassies. It didn’t warn the complicit governments – and they are as involved in this as the mobs and murderers themselves – of potential consequences.

And when the attacks were over? The president took all of one hour of out of his busy fundraising/campaign schedule to address this matter. Then, it was off to Las Vegas and back to his rich friends to shake the money maker.

Let me be clear, every drop of blood spilled by Americans as a result of the actions of these monsters drips through the hands of this administration before it hits the ground.

There’s no need to recount the story now, except to say the president, the secretary of state and their auditioning second-term press secretaries in the media burnt more calories this week attacking an American in California for exercising his First Amendment right to free speech than they did condemning the murderous mobs or their enablers in their respective governments.

Until a better word is invented, disgusting will have to do.

Within 48 hours of the first attacks the Justice Department had tracked down the filmmaker and leaked his name to the media. The media dutifully reported it as if they’d found an escaped Nazi. Of course that analogy doesn’t fit perfectly as escaped Nazi are granted the presumption of innocence.

After all, all the filmmaker did was make a bad movie despotic governments we helped empower could use to incite rioting and direct the anger away from their own incompetence and toward the greatest force for freedom the world has ever known. Through state controlled media, they played this unknown video endlessly and spread it throughout the region. All the while, our President skipped nearly 60 percent his national security briefings. Turns out maybe you can’t get by on the Cliff notes on those briefings. Maybe you do have to show up.

But Mitt Romney spoke first, and that was the story the media covered.

It made little mention of how the Justice Department found and outed the anonymous American supposedly “responsible” for all this in just two days but, after looking for two years, still can’t find out who authorized Fast And Furious within their own ranks. It found no fault with the president returning to his real duties – campaigning and fundraising – after he’d devoted just an hour to the most significant security threat of his administration. Had a fiction writer scripted the media’s coverage even they wouldn’t have had the nerve to be so brazen as to attempt something so corrupt.

Now, the violence is spreading, and the president has no idea how to react. He’s sinking in concrete, campaigning and fundraising while the Middle East burns. But he thinks Mitt Romney spoke too soon? That’s it somehow a gaffe that Romney grasped the implications and the outrage of the situation a full workday before the president could be bothered even to release a statement? That’s somehow a Romney gaffe, but the President being uncertain if Egypt is our ally or not barely registers?

President Obama has learned well from great propagandists in the past: When the chips are down, invent a phony outrage to distract the public.

As more stories of violence and dismissed warnings come in, more criticism of Romney comes out.

As our credit is downgraded again, more criticism of Romney comes out.

As the Federal Reserve announces plans to print $40 billion a month in a third attempt at “quantitative easing” to right the president’s broken economy, more criticism of Romney comes out.

No matter what happens, no matter how detached our president gets from the job he seeks to keep for four more years … no matter how many people die…we still haven’t seen enough of Mitt Romney’s tax returns.

That’s how sick the media has gotten.

Does the president defend our freedom? No. He asks YouTube to review the video to see if it violates the user agreement and can be taken down. Isn’t it amazing how the first instinct of liberals in any situation is to lionize extremists abroad and censor our speech at home? YouTube, showing a strong commitment to the Constitution than the man who swore an oath to “preserve, protect and defend” it, said it wouldn’t remove this horribly produced and acted Z-movie. Good for them standing up for the First Amendment. Bad for the media for trying to re-elect a man who turns his back on the very principle that protects its very existence.

The president has not acted like a president in this crisis, he’s acted more like a spoiled child told for the first time to eat his vegetables. Everything else he’s faced in office – abysmal economic data, the 2010 election, the unpopularity of his actions and policies – could be spun or somehow parsed to create whatever new data-metric reality he wanted because his media mouthpieces were only too happy to spread it.

But those events didn’t have smoke, fire, video and a body count the world can’t easily ignore.

The media’s spin will work on idiots, but the rape of reality can’t and won’t work on anyone with more IQ points than teeth. People, Americans, YOU, need to spend time every day between now and the election talking to anyone with at least one working ear who hasn’t yet decided how to vote and explain to them what is really happening. Donating money is great. Planning to vote yourself is key. But spreading the word to those open to hearing it and making sure they cast an educated vote is crucial.

Democrats don’t want voters to be educated or informed … thus the fight over voter ID laws. They want you to eat your gruel, take your medicine and re-elect the president because he knows more about what’s better for you than you do. With so many Americans now suckling the government teat, that easy message has a receptive and large audience. We have to be larger this November or our nation surely will be smaller in the future.