We Live in a World of Lies 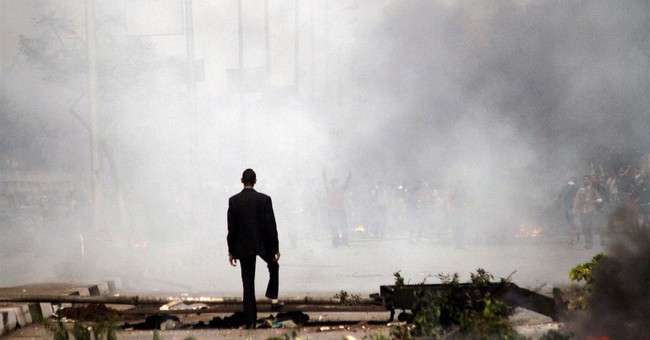 Trending
Remember the terrible murder of Matthew Shepard in Laramie, Wyo. in 1998 -- tortured, beaten and left hanging on a fence to die -- because he was gay?

The American people were led from the outset to believe that Shepard was the victim of a hate crime, murdered because he was gay. And that is how virtually every American still views the story. In the words of Congressman Sean Patrick Maloney (D-N.Y.), "Matthew Shepard is to gay rights what Emmett Till was to the civil rights movement." A play based on Shepard's killing, "The Laramie Project" became, according to the Wall Street Journal, "one of the most produced theatrical shows in the country." And in 2009, Congress passed, and President Barack Obama signed, the Matthew Shepard Law, which expanded the definition of hate crimes to include crimes motivated by a victim's actual or perceived gender, sexual orientation, gender identity or disability.

It turns out that Matthew Shepard's murder had nothing to do with his being gay.

As early as 2004, the ABC News program "20/20" broadcast (to its credit) a denial by both murderers, Aaron McKinney and Russell Henderson, that the murder had anything to do with Shepard's being gay. It was, they both claimed, a robbery gone bad.

"It was not because me and Aaron had anything against gays," Henderson told ABC.

As a result, ABC News was widely attacked by all those who had a vested interest not in truth, but in maintaining the homophobia story: the liberal media, the gay rights movement and the lawyers for the victim's mother.

The New York Times reported: "Those leading the charge against the heavily promoted ABC report [included] Joan Garry, executive director of the Gay and Lesbian Alliance Against Defamation (GLAAD)."

Sean Maloney, the aforementioned congressman who was then the lawyer for Judy Shepard, Matthew Shepard's mother, called the program "'just bad journalism ... there is a mountain of evidence that anti-gay bias was a trigger for the beating that left Matthew dead after they robbed him."

Now a book has been published, written by Stephen Jimenez, himself a gay man, that confirms the accuracy of the 2004 ABC News report. Matthew Shepard was involved in the hyperactive Wyoming meth drug culture; he was murdered over a drug deal; and his primary murderer was a bisexual who had probably slept with Shepard.

The media aspect of this case was summed up in a Wall Street Journal review: "Mr. Jimenez's book is most useful in illuminating the power of the media to shape the popular conception of an event. It shows how a desire for Manichaean morality tales can lead us to oversimplify the human experience."

That's a bit delicate. Actually it shows how powerful the left-wing media are, how they are dedicated to agendas rather than to truth, and how much of what Americans believe is shaped accordingly.

Remember the 2006 story about nooses that were hung by racist white students in Jena, La. to signify lynchings?

As CNN reported: "Jena's racial tensions were aggravated in August 2006, when three white teens hung the nooses the day after a group of black students received permission from school administrators to sit under the tree -- a place where white students normally congregated."

That was the national story: There was a tree near the high school under which only white students sat, one day a black student sat under the tree, and the next day nooses were hung from the tree. As late as August 2007, the Washington Post still wrote about "Jim Crow-like hangman's nooses dangling from a shade tree at the local high school."

None of this story was true.

First, the tree was never reserved for white students. As the Associated press reported in September 2007: "According to teachers and school administrators, students of all races congregated under it at one time or another."

Second, the nooses had nothing to do with lynchings or race. As the Christian Science Monitor reported in October 2007: "An investigation by school officials, police, and an FBI agent revealed the true motivation behind the placing of two nooses in the tree ... [They] were understood to be a prank by three white students aimed at their fellow white friends, members of the school rodeo team.

Remember the white lacrosse team players at Duke University charged with gang rape of a black stripper -- and how the New York Times and Duke University and everyone in between reported this as an example of privileged white boys' racism?

That, too, was all a lie. The stripper made up the whole story. (Last week, she was convicted of murdering her boyfriend. Have you read about that?)

The New York Times reporter in the Soviet Union, Walter Duranty, denied that there was a famine in the Ukraine in 1931-32 -- the Communist-induced famine that killed about five million Ukrainians. And he won a Pulitzer Prize for it.

The media portrayed the Kennedy assassination as the product of Dallas's "right-wing" "climate of hate" -- even though a card-carrying Communist committed the assassination.

The media told us over and over about a heterosexual AIDS "epidemic" in the U.S. There was none. The media fabricated the heterosexual epidemic in order to remove stigma from gay males and in order to garner support for more AIDS research money.

Why all this mendacity?

There are truth tellers and there are liars on the right and on the left. But for the left, truth is subordinated to whatever it is the left most cares about: gay rights, minority rights, women's rights, government health care and environmentalism being only the most obvious current examples.

That's why talk radio, conservative websites, Fox News and conservative opinion pages, such as those of the Wall Street Journal and Investors Business Daily, are so important.

Europe doesn't have them. And its population is brainwashed. No wonder Europeans believe that America and Israel are the most dangerous countries in the world. Their media told them so.