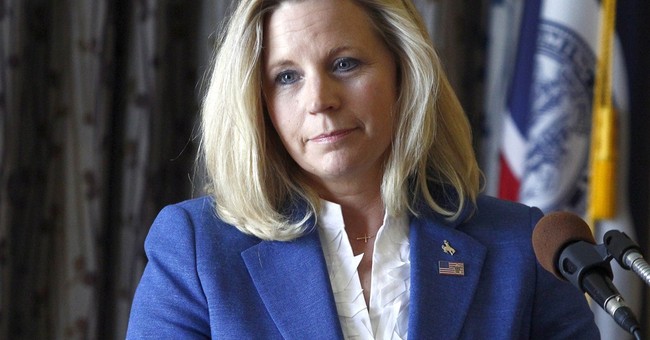 Trending
There are individual haters on the right and individual haters on the left. But there is no large-scale hatred in the United States of America today that compares with the hatred of the left for the right. Whereas the right regards the left as wrong -- even destructively wrong -- the left regards all those on the right as evil. Sexist, intolerant, xenophobic, homophobic, Islamophobic, racist, bigoted -- these are typical descriptions of the right made by the most respected names on the left. This hatred is what enabled MSNBC's Martin Bashir to broadcast -- reading from a teleprompter, meaning that it was not spontaneous -- that Sarah Palin deserves to have someone defecate into her mouth. (He later offered a serious apology.)

But among all of the left's hatreds, none compares with its hatred of anyone who believes that marriage should remain defined as the union of a man and a woman. The left believes anyone, or any business, that supports the only gender-based definition of marriage that had ever existed should be politically, personally and economically destroyed. Recall, for example, the left's attempt to drive out of business a restaurant in Los Angeles because one of its employees donated one hundred dollars to California's Proposition 8, the left's boycott of Chick-fil-A and the left's vicious attacks on the Mormon Church.

This greatest of contemporary American hatreds expressed itself again in the last two weeks after Liz Cheney, running for the Republican nomination for U.S. senator from Wyoming, said that she believes in the traditional definition of marriage.

The comment would have probably gone almost universally unreported were it not for a Facebook post written by Heather Poe, the woman who is married to Liz's lesbian sister, Mary Cheney:

"Liz has been a guest in our home, has spent time and shared holidays with our children, and when Mary and I got married in 2012 -- she didn't hesitate to tell us how happy she was for us. To have her now say she doesn't support our right to marry is offensive to say the least."

Mary Cheney shared the message on her own Facebook page, adding, "Liz -- this isn't just an issue on which we disagree --you're just wrong -- and on the wrong side of history."

This triggered a tsunami of left-wing hate against Liz.

"Isn't there a tradition of close-knit family members' taking care not to wound one another? ... Liz and Mary aren't speaking to each other now, and there's a long shadow over the Cheneys' holiday get-togethers. Is any political office worth that? ... I'm imagining her awkwardness the next time that she goes to hug or kiss them (and I'm assuming that she's a hugger or kisser, which may be a leap)."

" ... the spectacle of Liz, Dick and Lynne throwing Mary Cheney and her wife, Heather Poe, and their two children under the campaign bus. ... Dick's Secret Service code name was once 'Backseat.' Liz's should be 'Backstab.'"

"Liz Cheney is also the sort of person who would not only throw her sister under the bus but also effectively do the same to her sister's young son and daughter. ... The Cheney sisters, once extremely close, reportedly haven't spoken since the summer. What price political ambition?"

"I would like to respond on behalf of Mary and Heather and the rest of us: f--k [Sullivan, of course, spelled out the word] your compassion. ... You cannot publicly attack your own sister's family and say you love her as well. It does not compute."

The hatred of the left on this issue is matched only by the superficiality of their arguments.

Let's get this straight: it is not throwing people under the bus to disagree with a relative -- even if the relative lives out something you oppose.

Some questions for Bruni, Robinson, Dowd, Sullivan, Beinart and Toobin:

1. Imagine a person who opposes unwed motherhood (that is, single women voluntarily getting pregnant). Further imagine that this person has an unwed sister who did get pregnant and is now an unwed mother. Do you deny that such a person can love their sister even while opposing unwed motherhood? Or do you believe that if one loves a family member, one must cease holding any conviction that runs against that family member's behavior? That continuing to hold that conviction means throwing the family member under the bus?

2. Do you believe that it is morally acceptable for all gays to stop speaking to their siblings -- one of the worst things a person can do to a sibling and to one's parents -- solely because the sibling believes in the man-woman definition of marriage? Or do you only defend Mary Cheney's decision to cut off relations with her sister because you hate the Cheneys?

The support of Bruni, Robinson, Dowd, Sullivan, Beinart and Toobin for this shattering of families by gay family members is not only morally wrong. It is frightening. Clearly, for them it is not enough for parents and siblings to show their gay family member love -- and even celebrate their gay relative's family -- they must also permanently shut their mouths.

This is not only left-wing hatred. It is left-wing totalitarianism: Your good and kind behavior is completely insufficient. You must also speak and think as we do.

Or we will destroy you.

Dennis Prager's latest book, "Still the Best Hope: Why the World Needs American Values to Triumph," was published April 24 by HarperCollins. He is a nationally syndicated radio show host and creator of PragerUniversity.Com.