Why the Left Hates the Old 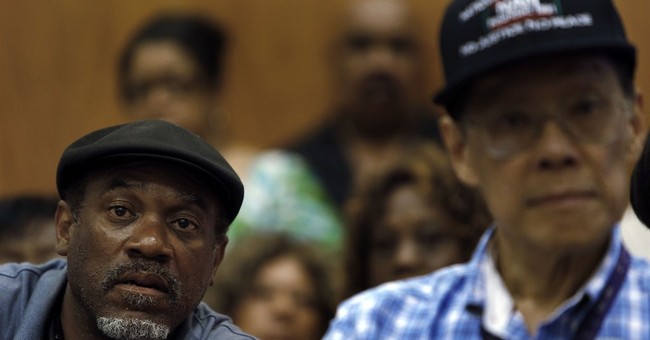 Chris Matthews of MSNBC, Thomas Friedman and Paul Krugman of the New York Times, and Senate Majority Leader Harry Reid ("angry old white men") are among the many on the left who have used this epithet.

Last week, on her nightly MSNBC show, Rachel Maddow showed a picture of an ad for Washington, D.C. talk radio station WRC that featured the station's talk show hosts. You will notice, she said, that they are all "old white Republican males." It was brought to my attention because I am one of those talk show hosts (and, it should be noted, nearly all of my colleagues and I are younger than her colleague, Chris Matthews, an old white Democratic male.)

The answer is: quite a bit. The left's dismissal of old people is much more than another left-wing ad hominem attack. Therefore, to understand it is to understand much of what animates leftism.

As a rule, the left rejects the old.

The left's attack on teaching the works of "Dead White European Males" was one such example. It infuriated the left that Shakespeare was studied so much more than, let us say, living Guatemalan playwrights. As a result, one can now obtain a college degree in English -- let alone every other liberal arts department -- without having taken a course in Shakespeare.

So, too, in art and music, the new is almost always favored over the old. New composers and artists -- no matter how untalented -- are studied as much as or more than the great masters of old. And the old standards of excellence are neglected in favor of the latest avant-garde experimentation.

Rejection of the old is a reason the left has contempt for the Bible. To progressives, the idea of having 2,000 and 3,000-year-old texts guide a person's behavior today is ludicrous.

Low regard for the old is also a major factor in the left's dismissal of the Founders and of the original intent of the Constitution. Talk about "old white males," the Founders are white males who are now over 200-years-old. What could they possibly have known or understood that a progressive living today does not know more about or understand better?

What, then, is at the core of the left's contempt for the old, and its celebration of the new and of change?

There are two primary answers.

One is the yearning for utopia. Since Marx, the left has sought utopia in this world. And that means constantly transforming every aspect of society. As then-Senator Barack Obama said prior to the 2008 election: "We are five days away from fundamentally transforming the United States of America."

By definition, those who seek to transform consider the old essentially worthless.

The other answer is self-esteem. The left began the self-esteem movement in large measure because of its own high self-esteem. Those on the left are certain that they are smarter, kinder, more moral and more compassionate than -- in every way superior to -- their opponents.

That is a major reason for the left's problem with the old: If the old is great, then they and their new ideas are probably not that great.

Just about everyone who is not on the cultural left knows that all the great masters were incomparably superior to Jackson Pollock and other 20th-centuries artists who produced meaningless and talentless art. And because there are so few artists at any time who measure up to the old standards (standards that are synonymous with standards of excellence), the old standards have simply been abandoned.

This applies equally to morality. The left doesn't want to be bound or answerable to a higher moral authority. Rather, one's heart and reason are the best moral guides. Here, too, the old codes, especially as embodied in traditional religion, must be overthrown.

Prior to the ascendance of the left, it was assumed that the old had more wisdom than the young. Indeed, even every leftist I have asked, "Are you wiser today than 20 years ago?" has answered in the affirmative.

Nevertheless the left has transformed "old" -- a title that commanded respect in every civilization prior to the pre-1960s West -- into a pejorative.

As a result we live in the age of new music, new art, new families, new morality, new education, and now new marriage. If you think all these are good, then "old white males," like almost everything else old, do indeed constitute a threat. If you think the left's belief in "new" and "change" hurts society, "old" sounds good.