The Obama Doctrine: Call it USLKOE 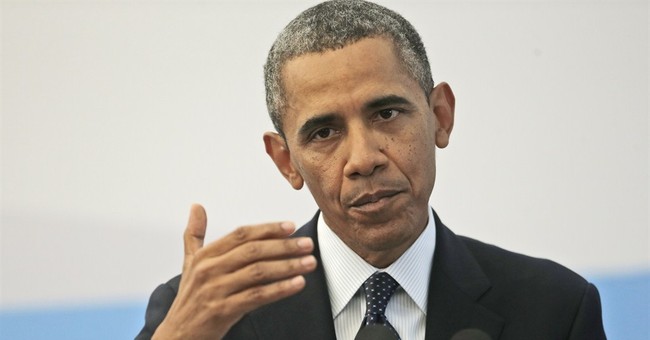 Readers are undoubtedly familiar with the various "doctrines" named after American presidents. Those named after James Monroe, Harry Truman and George W. Bush are among the best known.

Well, we have a new one, announced this week by Secretary of State John Kerry. It is a new doctrine of war -- so new, in fact, that it is not only new to America; it is new in the annals of military history.

Kerry announced that an American attack on the Assad regime for using chemical weapons would be an "unbelievably small, limited kind of effort." This novel mode of fighting should be known by its acronym, USLKOE (pronounced US-il-ko).

How novel is it? It is inconceivable that any country in history has ever announced to its adversary that its forthcoming attack would be an "unbelievably small, limited kind of effort."

But what matters most is not USLKOE's novelty. It is that it has rendered it impossible to argue the case for attacking Syria. If the American attack -- presuming there will be one -- is indeed an "unbelievably small, limited kind of effort," such an attack would be worse than doing nothing.

If the president is serious about punishing the Assad regime for crossing the "red line" that he himself set, then it is a punishment that Assad needs to feel. A "symbolic" attack is not an attack. The attack must injure, not symbolize.

Why should we injure the Assad regime? Here are five reasons:

1. Doing nothing gives Iran, America's greatest enemy -- indeed the most dangerous regime in the world at the present time -- a huge victory. We will have lost our best chance to weaken Iran's most important ally, the regime that gives Iran clout in the Arab Middle East and which supports Hezbollah.

2. Doing nothing gives Putin an equally great victory. He -- along with China, though he is the more outspoken -- is what prevents the United Nations from authorizing military action against Syria.

4. Doing nothing sends the message to both friends and foes of the United States that America's word is now largely worthless. We don't even honor our own "red lines." The Israeli government, for example, is officially silent, but Israelis from left to right are concluding that as long as Barack Obama is president of the United States, they are alone in their existential battle with Iran. And one suspects the Taiwanese must feel similarly.

5. Doing nothing means that the international taboo on chemical and biological weapons of mass destruction has ended de facto, if not de jure. That lesson, it should be noted, will not be lost on the Islamist elements of the anti-Assad forces as well as on Assad and his regime.

The argument made by credible and thoughtful opponents of intervention in Syria is that among those fighting the Assad regime are members of the Muslim Brotherhood and al-Qaida. Even though this is probably true, every one of us still has to answer one question: Would an Assad victory or an Islamist victory be worse for America (and therefore the world)?

The answer must be that an Assad victory would be worse -- because Iran is a greater threat to America and to the peace of the world than is al-Qaida. We preferred a Nazi loss to a Soviet loss in World War II not because we had illusions about Communism but because the first order of business was to destroy Nazi Germany.

At the beginning of the revolt against Assad, I supported arming the rebels. When no such support came from America and radical Islamists began playing an increasingly important role in the revolt, I came to support allowing the two sides to kill each other.

The Syrian government's use of chemical weapons and the American "red line" then changed that, for the reasons enumerated above.

But unless Obama retracts his doctrine of an Unbelievably-Small-Limited-Kind-Of-Effort against Syria, such a meaningless gesture cannot be supported. Ironically, the Obama Doctrine is the only good reason to oppose an attack on Syria.

Bashar al-Assad is a lucky man to be in power at the same time as Barack Obama. For him, Allah really must seem great.