Fire Created and Stoked by the Left 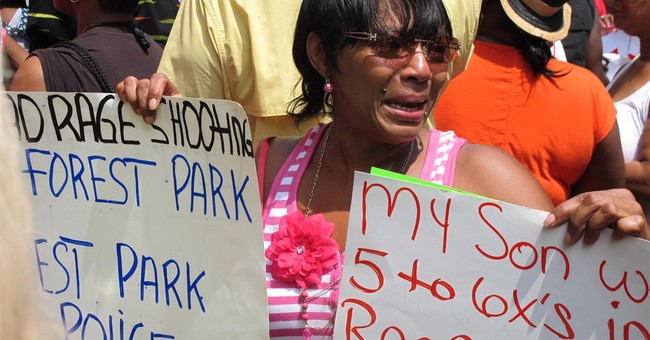 The George Zimmerman-Trayvon Martin issue has been manufactured by the left -- the black left and the white left -- and by the left-wing (mainstream) media.

For most Americans, their entire informational and intellectual universe is shaped by the left -- from elementary school through graduate school, and of course, in the news media. They rarely, if ever, encounter non-left viewpoints. As Diana Mutz, a professor of communication and political science at the University of Pennsylvania, has written: "Those with the highest levels of education have the lowest exposure to people with conflicting points of view."

Which brings us to the killing of Trayvon Martin.

With regard to race, the left's portrayal of America consists of the following postulates:

--The United States is a racist country -- meaning, specifically, white hostility to blacks.

--All whites in America have the immeasurable advantage of "white privilege." This is taught to students in most American universities.

--When non-blacks score higher than blacks on academic or civil service exams, the exams are racist.

--Conservative opposition to Barack Obama is due in large measure to racism.

None of the above is true. But truth is less important to the left than advancing these postulates. Therefore, the left uses every opportunity to depict an event as evidence of white racism.

In Jena, La., in 2006, six black high school students, in the words of the Associated Press, "severely beat" a white student, who was left unconscious. They were charged with attempted murder, a charge that led to national demonstrations, instigated by Al Sharpton, Jesse Jackson and the NAACP, on behalf of the black students, thereafter known as the "Jena Six." Several months prior to the beating, nooses were found hanging from a tree on the Jena High School campus, and after the beating a national outcry by the media and left-wing groups ensued against the alleged racism of the whites of Jena. It turned out that the nooses had nothing to do with blacks or lynching. The nooses were a prank by three students aimed at white members of the school rodeo team.

The same year, the New York Times and Duke University led a national campaign against white members of the Duke lacrosse team for allegedly gang raping a black stripper. It was all a lie, so much so that the local North Carolina district attorney, Mike Nifong, who brought criminal charges against the team members, was eventually disbarred.

The left knocks on every possible door in the hope that it will prove how racist whites are. Most of the time, the charges are untrue. Meanwhile horrific attacks against whites, such as the 2012 dousing with gasoline and setting on fire a white 13 year-old Kansas City boy by two black teens ("You get what you deserve, white boy," they said) or the 2007 kidnapping and torture-murders by five blacks of Channon Christian, 21, and Christopher Newsom, 23, both white, are ignored by the left and the media. Newsom was repeatedly sodomized by objects, and shot to death. Channon Christian was gang-raped vaginally, anally, and orally for days, had her genitals beaten, was urinated on, and, while alive, bleach was poured down her throat and scrubbed over her body. She was then stuffed into a garbage can with bags tied around her head and slowly suffocated to death.

One can imagine the media attention if whites had done those things to a black 13 year-old or to a black woman and her boyfriend.

Just this past weekend scores of young blacks - "bash mobs" - rampaged through various Southern California cities, knocking people over, and vandalizing and stealing from stores. Though the accompanying video shows only black youths doing these things, the Los Angeles Times report only identifies them as "thieves," "participants," and "unruly young people."

The George Zimmerman case is one of those doors that the left knocks on to show how racist America is. In order to portray the Florida shooting as an example of racism, the media obscured, omitted, distorted, and sometimes lied.

--Transformed George Zimmerman into a white. The New York Times, as in the Duke lacrosse case, led the way, first identifying Zimmerman as a "white Hispanic," then as "half-Peruvian," then as a man "who identifies himself as Hispanic."

--At the outset, when people's perceptions were being formed, published photos of Trayvon Martin as a cherubic boy, not as the less than cherubic teenager, and rarely mentioned or showed the photos of George Zimmerman's injuries.

--Rarely, if ever, noted how much of Zimmerman's life had been spent with blacks (including two black girls who were like stepsisters) and standing up for and mentoring blacks.

--Rarely, if ever, mentioned the checkered past of Trayvon Martin, who had been caught with stolen jewelry and a burglary tool in his backpack; been suspended from his school three times; defaced a school door with the letters "WTF"; and had marijuana in his system the night of the confrontation with George Zimmerman.

--Fabricated the "iced tea" part of the "iced tea and Skittles" narrative. This is important because the drink he was actually carrying was AriZona Watermelon Fruit Juice Cocktail. According to a popular recipe, that is the favored drink to combine with Skittles and prescription, or Robitussin, cough syrup to produce a potion for getting high known as "lean" and "purple drank" (and known among some as "the poor man's PCP"). On his Facebook page, Trayvon Martin had discussed making lean.

--Rarely, if ever, noted that the best-known law professor in the country, a prominent liberal, Alan Dershowitz of Harvard Law School, not only argued that the Zimmerman trial should never have taken place, but that the special prosecutor, Angela Corey, who brought the charges, should be disbarred (just as Mike Nifong was) for distorting justice for political reasons.

And on Friday, the president of the United States, the quintessential man of the left, poured gasoline into the left-wing-made fire.