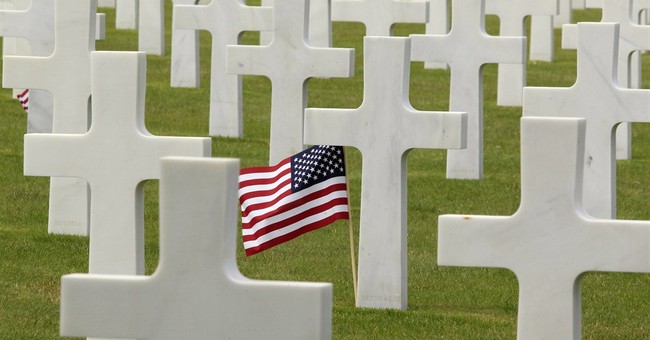 Trending
If you were a Christian minister who was given the opportunity to write an op-ed piece for the Washington Post, what subject would you choose? War and peace? The decline in faith among America's young people? The increasingly empty pews in mainstream Protestant churches? The ethical decline in society? Or any of myriad other morally and religiously troubling issues?

Well, not if you were a Methodist minister named James P. Marsh, Jr.

For this man of the cloth, the issue troubling him so much that he had to write about in the Washington Post was ... people standing and singing "God Bless America" at Washington National baseball games.

If you want to know how far much of mainline Christianity has declined, Pastor Marsh's column would be a fine place to begin.

Think back to any time in American history. It is hard to imagine that a Christian minister would have any reaction to his fellow Americans standing and singing "God Bless America" other than unalloyed delight.

But that was when mainline Christian ministers believed in Christianity, sought to bring fellow Americans to God, celebrated America and hoped that God would bestow His blessings on this country.

Or to put it another way, that was before many mainstream Christians embraced another religion -- leftism, the most dynamic religion of the last hundred years.

It is difficult to detect a single Christian idea or belief among the reasons the minister gives for not standing for God Bless America. All his reasons are leftist boilerplate. Had he been identified as an official of the ACLU or a professor in some social science department, no reader would have been surprised.

1. "I sit to stand for my religious beliefs."

2. "Being pressured to stand at a baseball game for a song that's essentially a prayer seems, well, un-American. It feels like being pushed into the river for a baptism I didn't choose."

Only a true-believing leftist would label people standing and singing "God Bless America" as "un-American."

3. "It's an empty ritual, and one that I don't think holds much theological water."

4. "I'm reminded of the admonition not to pray just to be seen by others."

Who is James Marsh to judge 30,000 people's motivations? And besides, when I stand at Los Angeles Kings hockey games when they honor a member of the armed forces, I do so in large measure precisely because I do want others, especially my son and other young people, to see me do so.

5. "When we ask for blessings to be bestowed only on 'us,' we are in danger of seeing ourselves as set apart from the world. "

Who but a leftist could read "God Bless America" as "God Bless only America?"

6. "Why do we all too frequently seek to invoke rituals that undermine our common bonds?"

Most of us think that this ritual strengthens our common bonds. Perhaps the pastor is unaware that the song was written by Irving Berlin, a Russian Jewish immigrant.

7. "What does the good secular humanist do during this song?"

The good secular humanist stands and sings "God Bless America." Even most liberals stand and heartily sing this song at baseball games. It takes someone who is not only left-wing but foolish to protest against doing so.

8. "We have the right to sit down when everyone else stands up."

True. And the rest of us have a right express contempt for your decision and for your using Christianity to defend it.