Government, Yes! God and Parents, No! 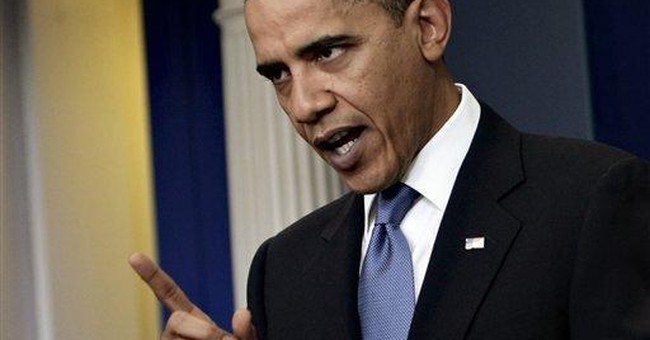 One of the major differences between the right and the left concerns the question of authority: To whom do we owe obedience and who is the ultimate moral authority?

For the right, the primary moral authority is God (or, for secular conservatives, Judeo-Christian values), followed by parents. Of course, government must also play a role, but it is ultimately accountable to God and it should do nothing to undermine parental authority.

For the left, the state and its government are the supreme authorities, while parental and divine authority are seen as impediments to state authority.

From Karl Marx -- "man is God;" "religion is the opiate of the people" -- to today's left in America and elsewhere, God and God-based religion, specifically Judaism and Christianity (Islam, too, but in the West, Islam has played little role) have been the primary obstacles to leftist victory.

That is why the further left a government or an ideology, the more it has opposed religion. The first targets of Lenin and Stalin were churches, synagogues and clergy. At the modern Western university, the epicenter of leftist ideology, the same has held true. A clear, if unstated, goal of modern liberal arts education is that as few college graduates as possible hold values rooted in traditional Judaism or Christianity.

This also explains the left's passion about maintaining and furthering secularism -- under the banner of "separation of church and state." Anything -- any value, any idea, any person -- rooted in Judeo-Christian values must be confined to as narrow a place in society as possible.

That is largely why there is such intense leftist opposition to the pro-life position. Since most opposition to abortion (when the mother's life is not threatened) emanates from religious values, "pro-life" means that transcendent values are authoritative, not a woman's wishes.

It is the major reason for left-wing loathing of those who oppose embryonic stem cell research: That opposition usually emanates from religious sources and therefore places Judeo-Christian values higher than science's capabilities.

It explains leftist opposition to even mentioning God in public schools -- students must graduate as secular as possible.

It is not secularism that animates those positions; it is leftism.

One proof is that there are many secular people who are not on the left. Prominent examples include Wall Street Journal editorial and opinion page writers and the Washington Post's Charles Krauthammer.

Take, for example, Krauthammer's position on embryonic stem cell research. Though Krauthammer is secular, he opposed creating human embryos for the sake of stem cell research -- a position all the more noteworthy in light of his own paralysis as a result of a spinal cord injury incurred as a young man.

Another proof that it is leftism, not secularism, that animates the left's attacks on Judeo-Christian public expressions and influence on public policy is that when left-wing positions are enunciated by religious spokesmen, the left supports them. Clergy that are anti-war, "green" or for same-sex marriage, for example, are celebrated by the left.

Many left-wing Jews and Christians believe in God. But the God that most leftists believe in is the same in name, not in characteristics. The God left-wing believers affirm is largely a non-judging God, a loving friend in heaven (or increasingly likely, in nature). He is found in trees much more than in moral demands.

The second most powerful obstacle to the state and government assuming primary authority is parents.

It was no meaningless phrase when baby boomers on the left declared, "Never trust anyone over 30." Who was over 30? First and foremost, their parents.

The battle over parental notification in the case of abortion is primarily about parental authority.

The battle over sex education in schools is largely about that, too -- who gets to teach youth about sexuality and homosexuality? Parents or schools (i.e., the state)?

The battle over school vouchers is in large measure also a battle over governmental authority versus parental authority. Who gets to choose where one's child attends school -- the state or the parent? The battle over who gets to actually educate our children has already been lost to the state in the vast majority of cases. It is why the left is so uncomfortable with home schooling -- parents, not the state, get to teach children.

As the late James O. Freedman, former president of Dartmouth University, said in a commencement address in 2002, the purpose of a college education is "to question your father's values."

In a nutshell, the left wants to have ever-expanding authority over people's lives through ever-expanding governmental powers. It does so because it regards itself as more enlightened than others. Others are either enemies (the right) or unenlightened masses. It is elected by demonizing its enemies and doling out money and jobs to the masses.