Left Destroys More than It Creates 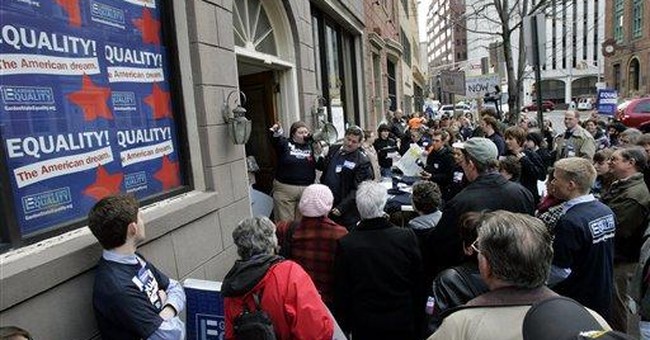 Watching the left attempting to undo the greatness of American medicine and dismantle the unprecedentedly powerful American economic engine built almost entirely on non-governmental entrepreneurial effort, I realize once again that the left is far better at destroying than building.

I first realized this as I watched the left -- and here I sadly include the whole organized left from liberal to far left -- do whatever it could to destroy one of the most wonderful organizations in American life, the Boy Scouts of America. From Democratic city governments to the New York Times and other liberal editorial pages to the most destructive organization on the left, the American Civil Liberties Union (ACLU), there has been the most concerted effort to break the Boy Scouts.

When challenged about this, fellow Americans on the left respond that this is a false accusation, that they have no desire to destroy the Boy Scouts, only to coerce the organization into accepting as scouts and scout leaders boys and men who have announced they are gay.

This is not an honest response, however, because the left is in fact doing whatever it can to destroy the Boy Scouts until the Boy Scouts change their policy on gays. The left-wing position is that if the Boy Scouts do not change a policy that has been in place since the inception of the organization, they do not deserve to exist.

Therefore it is entirely accurate to state that the left wishes to destroy the Boy Scouts as that organization now exists. No matter how much good the Boy Scouts have done and continue to do for millions of boys, for the left, all this good amounts to nothing.

For the left in this instance, as in most instances, the attitude is: Destroy the imperfect in order to build the perfect.

There is no left-wing Boy Scouts. The left knows best how to crush the non-left Boy Scouts, but it has never made a boys organization of its own.

Likewise with individual lives devoted to the poor. Sure, there are secular and left-wing organizations devoted to the poor, but the individuals who give up their lives to the poorest in America and the world, like the members of Salvation Army at home and the Mother Teresas abroad, are overwhelmingly religious (and to be fair, Christian).

Why do the doctors who work at, and those who build, Cure International’s hospitals in places like Honduras, Uganda and Afghanistan and the volunteers of Rock of Africa do their work? Because they believe that their faith demands that they do (I have no religious agenda here, as I am Jewish, not Christian). The number of Christians and Christian organizations doing self-sacrificing work around the world is large and impressive. Now, there are also secular organizations doing magnificent work in the poorest parts of the world -- Doctors Without Borders is a well-known example -- but I would bet that the number of religious individuals who give their lives for virtually no pay to the worst off in America and around the world is far greater than the number of irreligious individuals.

And just as there is no left-wing Boy Scouts, there is no Salvation Army built and manned by people with left-wing values. Nor has there ever been a left-wing country as magnanimous, as willing to die for others, as opportunity-giving to people from all over the world, as America, whose greatness comes from its traditional secular values and its Judeo-Christian values. As with the Boy Scouts, the left can bring an America down, but it cannot build one.