Child Rape and the Values of People Who Make Films 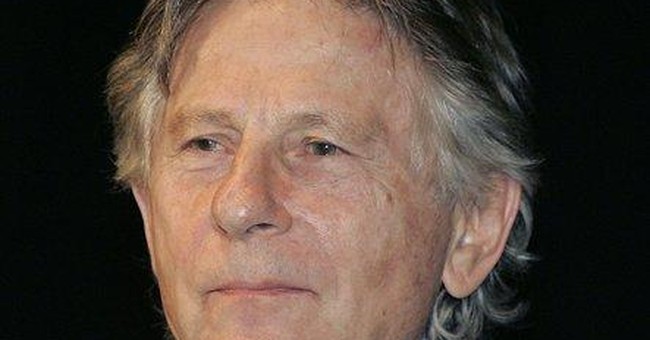 "In defending the director (Roman Polanski), the entertainment industry faces a risk that it will seem out of touch with the audiences it seeks to connect with at the movie house." -- The New York Times, Sept. 30, 2009

What is important in the Roman Polanski issue is not whether the renowned film director should be extradited from Switzerland to the United States. Given the long amount of time that has elapsed, the opposition of the victim to prosecuting Polanski, that his pregnant wife, Sharon Tate, was butchered by Charles Manson's monsters, and that his mother was murdered in the Holocaust, a legitimate case can be made for Polanski's not receiving jail time.

What is important is the reaction of the film world to what Polanski did to a 13-year-old girl in March 1977 when he was 43 years old. According to the girl, Polanski gave her a combination of champagne and Quaaludes, a sedative drug, and "despite her protests, he performed oral sex, intercourse and sodomy on her." She claimed to have said 'no' to each act and repeatedly asked Polanski to stop.

As virtually no one has ever suggested the girl lied, it is universally acknowledged that at age 43, Roman Polanski raped a 13-year-old girl.

One would think that anyone with a functioning conscience would condemn the terrible act. Or to put it another way: If a middle-aged man raping a 13-year-old girl is not obviously terrible, what is?

Yet, leading members of the film world in Europe and America world do not see it that way.

As Britain's Guardian newspaper wrote: "The list of supporters giving Polanski their impassioned support read like a Who's Who of the cream of the movie-making world. It included, among many others, Woody Allen, Martin Scorsese, David Lynch, Harvey Weinstein, Pedro Almodovar and Ethan Coen."

In addition to signing -- along with over a hundred other members of the film industry from Europe and the United States -- a petition on behalf of Polanski that never mentions his crime, producer Harvey Weinstein made a comment that is as stunning in its immorality as it is in its heartlessness. In an article for The Independent of London, he wrote that "whatever you think about the so-called crime, Polanski has served his time."

This was echoed by the acclaimed French philosopher (in France, leading philosophers are like movie stars) Bernard-Henri Levy: "Perhaps he had committed a youthful error."

And Whoopi Goldberg said that "I don't believe it was 'rape-rape.'"

How is one to explain the film world's conscience?

First, as Anthony Mora, founder of a leading Los Angeles-based public relations firm, noted, "the disconnect between Hollywood and the rest of the country seems enormous." This was echoed by another Hollywood insider, Michael Levine, also prominent in PR: "Hollywood people really don't see the world in the same way as average people..."

Many of the people who inhabit the upper echelons of the film world (and some other arts as well) do not have the same moral values as the rest of society. They seem to believe they are ubermenschen -- a form of Nietzschean supermen and superwomen -- to whom normal standards do not apply.

New York Times reporter Michael Kimmelman wrote a fine piece on this disconnect and the self-adulation of Hollywood types. He noted, for example that after calling the rape a "so-called crime," "Mr. Weinstein, in all apparent seriousness, told The Los Angeles Times that "Hollywood has the best moral compass."

Hollywood's view of its superior morality is prompted by two factors: the excessive adulation it receives from the public and from one another (in what other area of human endeavor do people give one another as many awards?); and the belief that making art renders one a morally superior human being.

As noted by many observers, imagine if Polanski were a Roman Catholic priest -- or a Republican politician -- accused of the same crime. All hell would have fallen on the man's head. The Boston Globe cited the Rev. James Martin, associate editor of America magazine: "If Polanski were in a collar there would be no boo-hooing about his recent plight. There would be zero pity for him. ... Can you imagine a petition being circulated among actors, directors, and producers in the United States to have a Catholic priest reinstated in his parish after he had abused a 13-year-old child? If you believe this about Polanski -- that his good deeds offset his guilt and that enough time has passed -- do you believe the same about pedophile priests?''

Second, Hollywood specifically, like the film world generally, is a cocoon. Rather than cosmopolitan, most of those who inhabit this rarefied world are abnormally provincial: Their worlds are inhabited with like-minded, equally provincial, equally self-absorbed types. They dine, socialize and party with clones of themselves and protect one another right or wrong. "Elite Hollywood culture is protecting one of its own," said Alexander Riley, a professor of sociology at Bucknell University.

Once again, Michael Kimmelman in the New York Times: "In Poland, where the director is also a citizen, Polish filmmakers appealed to President Lech Kaczynski to intervene, saying their colleague had fled the U.S. to escape 'a lynching at court.' The president of the German Film Academy, echoing Mr. Weinstein, spoke about the need for 'solidarity among prominent people' and bemoaned how Mr. Polanski had been arrested on his way to a film festival, as if film festivals were embassies or churches."

But the greatest benefit of the Polanski affair may be that the next time you see the Hollywood elite come out on behalf of or against some public issue, you can most likely assume the opposite is the morally correct position.