Minorities Should Express Shame, Not Only Pride 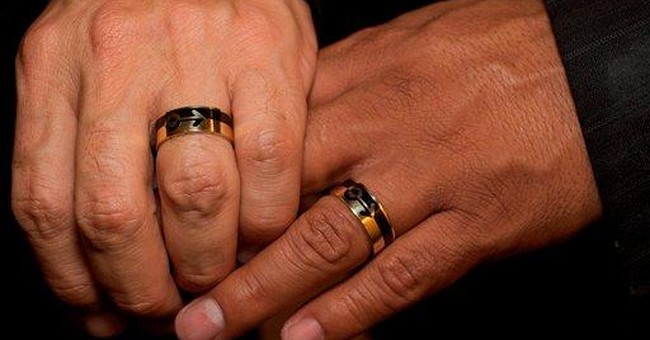 Ethnic pride. Minority rights vs. tyranny of the majority.

At the same time, the majority group in America -- white Christians -- has been allowed to celebrate very little. Rather, they have constantly been reminded of what they should be ashamed of -- their racism, sexism, homophobia, patriarchy, and xenophobia -- real and alleged.

But what about minority shame?

Why does one almost never hear expressions of group shame from members of any American group other than white Christians (specifically, white Christian male heterosexuals)? Are the only evildoers in America white male heterosexual Christians? Is there something inherently wrong about members of minorities expressing anything but group pride? Are there no minority sins worthy of shame? The latter is in fact the argument advanced by many intellectuals concerning black racism, for example. For a generation, college students have been taught that it is impossible for blacks to be racist because only the racial group in power, i.e. whites, can express racism.

Of course, that is nonsense. A black can be a racist just as a white can be one. A minority race might not have the power to implement racist national policies but that hardly means that no minority group, or any individual, can be a racist.

All this came to mind recently when, by coincidence, I read two things about the minority group of which I am a member -- Jews. I just completed reading Anthony Beevors The Fall of Berlin 1945, in which the author writes that in the midst of the massive rape of German women (millions of girls and women of all ages) by Red Army troops, Jewish officers in the Red Army were known to be the one group that protected German girls and women. In Beevors words, Red Army officers who were Jewish went out of their way to protect German women and girls.

I fully admit to a sense of Jewish pride when I read that.

The next day I read a news report that because of the objections of one kindergartners mother, a public school in North Carolina had banned the singing of Rudolf the Red Nosed Reindeer because the song contained the word Christmas. I blame the school officials first and foremost for this craven and foolish decision. But when the news report noted that the woman was Jewish, my heart sank. Just as I had read the Beevor report and felt a surge of Jewish pride, I read the North Carolina story and felt a surge of Jewish shame.

It was a surge of Jewish shame that years ago led to one of the largest demonstrations of Israeli Jews in Israels history. They were demonstrating against the massacre of Palestinians in the Sabra and Chatilla refugee camps in Lebanon. The killings were committed by Lebanese Christian militias, but they took place while Israel occupied that area of Lebanon.

It would seem, then, that group shame is a good thing.

There are at least three reasons:

1. It is maturing. Only children think only well of themselves. A group that only expresses pride is essentially a group of children.

2. If one expresses group pride, one is morally obligated to express group shame. Obviously, this does not apply to any person who does not identify with, let alone take pride in being a member of, a group.

The relative absence of expressions of shame in the Muslim world over the atrocities committed in Islams name is an example of the above. The labeling of blacks who express shame over disproportionate rates of violent crime and out-of-wedlock births in the black community as Uncle Toms is another. The absence of any expression of shame in the gay community over the current blacklisting -- and attempts to economically destroy -- anyone who donated to the California proposition defining marriage as between a man and a woman is another example. When Sen. Joseph McCarthy blacklisted people in Hollywood for real or alleged support for the Communist Party, he was finally shut up with the words, Have you no shame, sir?

Expressing group shame when morally necessary is not airing dirty linen or giving solace to ones ideological enemies. It is, rather, one of the highest expressions of moral development. And it is therefore universally applicable. Being a minority doesnt exempt its members from moral responsibility. It will be a great day for America and the world when minorities begin to express shame as well as pride. In fact, there is real pride in expressing shame. Minorities should give it a try.