Why I Fought for Two Boys I Never Met 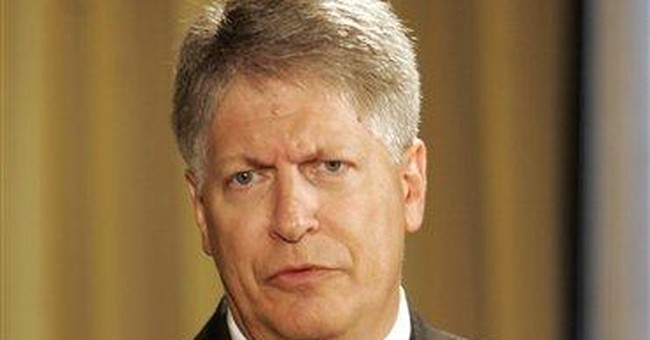 At Patton Middle School in McMinnville, Oregon, students created something called "slap butt day." On one such day in February 2007, according to The Oregonian (July 22, 2007): "Two boys tore down the hall of Patton Middle School after lunch, swatting the bottoms of girls as they ran -- what some kids later said was a common form of greeting. But bottom-slapping is against policy in McMinnville Public Schools. So a teacher's aide sent the gawky seventh-graders to the office, where the vice principal and a police officer stationed at the school soon interrogated them."

A police officer interrogated them?

"After hours of interviews with students," The Oregonian continues, "the day of the February incident, the officer read the boys their Miranda rights and hauled them off in handcuffs to juvenile jail, where they spent the next five days."

Two seventh-graders were read their Miranda rights for butt-swatting?

And hauled off to jail for butt-swatting?

And kept in jail for five days for butt-swatting?

This is worse than a bad joke; it is actually sick.

And it gets worse. The seventh-graders were not permitted contact with their parents for 24 hours, they were brought into court in shackles and jail garb, and they were strip-searched four times.

All because the Yamhill County District Attorney, Bradley Berry, brought felony sex charges against the two boys. When he finally explained himself under pressure from the media, Berry told The Oregonian, "From our perspective and the perspective of the victims, this was not just horseplay."

In fact, it turns out that the girls involved did regard it as horseplay. And they claimed from virtually the outset that they had been pressured into making a case against the boys.

The Oregonian has reported that listeners to my radio show across America provided nearly all of the more than $40,000 for defense costs for the two boys. But they have done more. They have also sent letters to the two boys assuring them it is not they, but Bradley Berry, who acted perversely. One of the boys' mothers, in tears, told me that these letters profoundly affected the boys, who were made to appear as perverts and sexual predators and who could have been placed on sexual predator lists for the rest of their lives. My listeners also reported that when they phoned the office of Bradley Berry, they were told that "there was more to the story," that more evidence would be forthcoming.

That was a lie. Berry had nothing more to reveal and did in fact drop the felony charges. The boys were then charged 'only' with sexual harassment.

Our beloved country is flipping out. The effects of The Age of Stupidity ushered in during the '60s and '70s are omnipresent. It is highly doubtful that there is a living member of the World War II generation who could have imagined that seventh-graders would one day be brought in shackles into an American courtroom for playfully swatting a girl's buttocks. It is also true that there is no member of that generation who could ever have imagined something as low-life as a "slap butt day" in an American middle school. But that is another matter.

Apparently ex-Raleigh/Durham District Attorney Mike Nifong is not the only D.A. in America who has used his almost unlimited power to hurt innocent boys.

Nifong, it will be recalled, brought phony charges of gang rape against three Duke lacrosse players, lied about having more evidence, withheld critical information from the defense and in sundry other ways did whatever he could to ruin three innocent boys' lives.

Nifong has since been disbarred.

Nifong has met his match in Oregon, where Bradley Berry has done his best to ruin two innocent boys' lives. Perhaps the major difference is that the boys Bradley Berry is abusing are seventh-graders, not college students.

The story is so angering that one can only wonder whether America is suffering from a surfeit of district attorneys who are either incompetent or just lack elementary human decency. One prays these two district attorneys are exceptions. But there is only one way to ensure that they are. Bradley, like Nifong, must be removed from office. Anyone who believes that seventh-graders who swat girls' buttocks on "slap butt day" are sex criminals who should be charged with crimes that would permanently label them as sex offenders is a dangerous fool. A district attorney who believes that is a dangerous fool. Bradley Berry has acted like Mike Nifong. He needs to be punished like Mike Nifong.

My show and my listeners have been instrumental in helping getting all the charges against the boys dropped -- this happened just yesterday. Now we will focus our attention on removing Bradley Berry from office.