If It's Bad for America, It's Good for Democrats 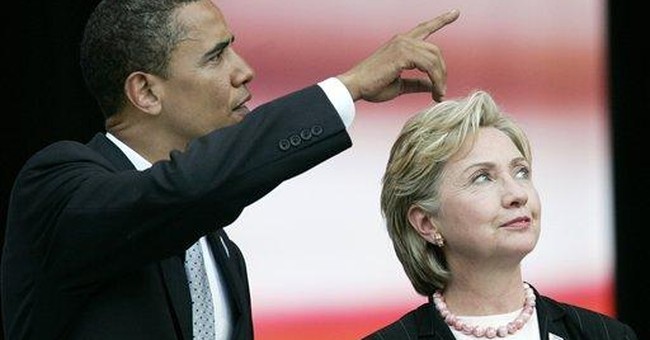 One of the two major political parties of the United States has linked all its electoral hopes on domestic pathologies, economic downturns and foreign failure.

It is actually difficult to name any positive development for America that would benefit the Democratic Party's chances in a national election.

Name almost any subject, and this unhealthy pattern can be discerned.

After women marry, they are more likely to abandon leftist views and to vote Republican. And if they then have children, they will vote Republican in even more lopsided numbers. The bottom line is that when Americans marry, it is bad for the Democratic Party; when they marry and make families, it is disastrous for the party.

If immigrants assimilate, it is not good for Democrats. The Democratic Party has invested in Latino separatism. The more that Hispanic immigrants come to feel fully American, the less likely they are to vote Democrat. The liberal notion of multiculturalism helps Democrats, while adoption of the American ideal of e pluribus unum (out of many, one) helps Republicans. That is one reason Democrats support bilingual education -- it hurts Hispanic children, but it keeps them from full assimilation -- and oppose making English America's official language.

Concerning the economy, the same rule applies. The better Americans feel they are doing, the worse it is for Democrats. By almost every economic measure (the current housing crisis excepted), Americans are doing well. The unemployment rate has been at historically low levels and inflation has been held in check, something that rarely accompanies low unemployment rates. Nevertheless, Democrats regularly appeal to class resentment, knowing that sowing seeds of economic resentment increases their chances of being elected.

The most obvious area in which this rule currently applies is the war in Iraq. The Democrats have put themselves in the position of needing failure in Iraq in order to win the next election. And again, perceptions matter more than reality. Even if America is doing better in the war, what matters most for the Democrats are Americans' perceptions of the war. The worse the stories from Iraq, the better for Democrats.

That helps to explain why the mainstream media, who ache for a Democratic victory, feature stories of wounded American soldiers, grieving families of killed soldiers and atrocity stories -- such as the apparently fictitious story printed in the New Republic. But they almost never feature stories about military heroism and altruism. Americans read and watch far more stories about soldiers who commit atrocities than about soldiers who commit heroic actions and who show love to Iraqi civilians.

Undoubtedly, some Democrats might respond that the same thesis could be written if a Democrat were in the White House and the Republicans were out of power. But that is not at all the case. First, there is no equivalent list of bad things happening to America that benefits Republicans. Second, everything written here about the Democrats -- except about the Iraq War, which was not taking place then -- could have been written when Democrat Bill Clinton was president.

I am not saying that in their hearts all Democrats want black America to regard America as a racist society, or want Hispanics to remain unassimilated, or Americans to feel economically discontented, or fewer families to be formed, or America to lose in Iraq, or foreign nations to hate us.

But what most Democrats want in their hearts is not the issue. The issue is that if Democrats want to win, they can do so only if bad things happen to America.