Why "Islamophobia" Is a Brilliant Term 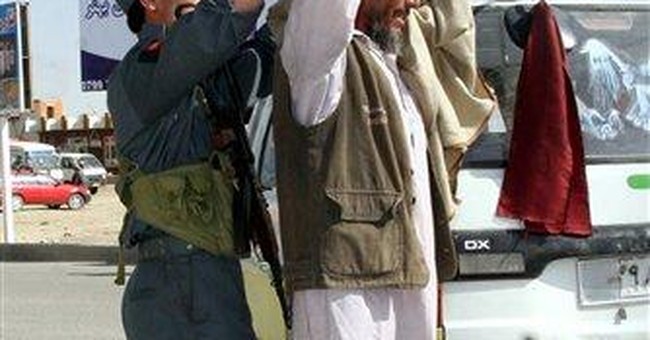 What do anti-Semitism, racism and Islamophobia have in common?

But according to Islamist groups, Western media and the United Nations, they have everything in common. Anti-Semites hate all Jews, racists hate all members of another race, and Islamophobes hates all Muslims.

Whoever coined the term "Islamophobia" was quite shrewd. Notice the intellectual sleight of hand here. The term is not "Muslim-phobia" or "anti-Muslimist," it is Islam-ophobia -- fear of Islam -- yet fear of Islam is in no way the same as hatred of all Muslims. One can rightly or wrongly fear Islam, or more usually, aspects of Islam, and have absolutely no bias against all Muslims, let alone be a racist.

The equation of Islamophobia with racism is particularly dishonest. Muslims come in every racial group, and Islam has nothing to do with race. Nevertheless, mainstream Western media, Islamist groups calling themselves Muslim civil liberties groups and various Western organizations repeatedly declare that Islamophobia is racism.

To cite three of innumerable examples: The Guardian published an opinion piece titled, "Islamophobia should be as unacceptable as racism"; the European Union has established the European Monitoring Center for Racism and Xenophobia; and the B'nai B'rith Anti-Defamation Commission of Australia notes that "Muslims have also been the target of racism in Australia, often referred to as Islamophobia."

Even granting that there are people who fear Islam, how does that in any way correlate with racism? If fear of an ideology rendered one racist, all those who fear conservatism or liberalism should be considered racist.

Of course, some may argue that whereas conservatism and liberalism are ideas, Islam is a religion, and while one can attack ideas, one must not attack religions. It is, however, quite insulting to religions to deny that they are ideas. Religions are certainly more than ideas -- they are theological belief systems -- but they are also ideas about how society should be run just as much as liberalism and conservatism are. Therefore, Islam, or Christianity, or Judaism, or Buddhism should be just as subject to criticism as conservatism or liberalism.

However, the only religion the West permits criticism of is Christianity. People write books, give lectures and conduct seminars on the falsity of Christian claims, or on the immoral record of Christianity, and no one attacks them for racism or bigotry, let alone attacks them physically. The head of the Anti-Defamation League announces that conservative Christians are the greatest threat to America today, and no one charges him with racism or Christianophobia.

The statement may be an expression of hysteria and of ignorance, but not of racism. But if one says that Islam does not appear compatible with democracy or that the Islamic treatment of women is inferior to the West's, he or she is labeled a racist Islamophobe.

The fact remains that the term "Islamophobia" has one purpose -- to suppress any criticism, legitimate or not, of Islam. And given the cowardice of the Western media, and the collusion of the left in banning any such criticism (while piling it on Christianity and Christians), it is working.

Latest proof: This past week a man in New York was charged with two felonies for what is being labeled the hate crime of putting a Koran in a toilet at Pace College. Not misdemeanors, mind you, felonies. Meanwhile, the man who put a crucifix in a jar of urine continues to have his artwork -- "Piss Christ" -- displayed at galleries and museums. A Koran in a toilet is a hate crime; a crucifix in pee is a work of art. Thanks in part to that brilliant term, "Islamophobia."