Cruelty to Animals Leads to Cruelty; Kindness to Animals Doesn't Lead to Kindness 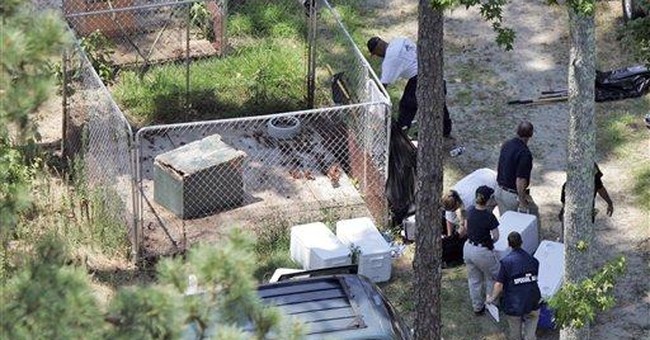 With the recent charges that a major National Football League player had allowed cruel dog fights on his home property, the issue of cruelty to animals has been brought to national attention.

Nearly everyone acknowledges the obvious -- that a person who is cruel to animals, who enjoys sees seeing an animal suffer, is likely to inflict suffering on human beings. Cruelty to animals is one of the very few predictors among children of later criminal behavior.

It doesn't. Kindness to animals is entirely unrelated to kindness to human beings -- except perhaps in the reverse order: People who treat people kindly are less likely to treat animals with cruelty.

But there is no connection whatsoever between treating animals kindly and treating people kindly. You know nothing about a person's treatment of people by knowing that he or she is kind to animals or is an "animal lover." Indeed, if there is any connection, it is more likely to be in the opposite direction. It seems that at a certain point of preoccupation with animals, there is a real chance that such a person may well treat people worse.

In his book "The Nazi War on Cancer (Princeton University Press, 1999)," Stanford Professor Robert N. Proctor writes a great deal about the Nazis' antipathy to animal experimentation. For example, the book features a Nazi cartoon depicting "the lab animals of Germany saluting Hermann Goring" for his protection of them.

This Nazi protection of animals is described by the leftist writer Alexander Cockburn:

"In April 1933, soon after they had come to power, the Nazis passed laws regulating the slaughter of animals. Later that year Herman Goering [sic] announced an end to the 'unbearable torture and suffering in animal experiments' and -- in an extremely unusual admission of the existence of such institutions, threatened to 'commit to concentration camps those who still think they can continue to treat animals as inanimate property.' Bans on vivisection were issued -- though later partly rescinded -- in Bavaria and Prussia. Horses, cats and apes were singled out for special protection. In 1936, a special law was passed regarding the correct way of dispatching lobsters and crabs and thus mitigating their terminal agonies. Crustaceans were to be thrown into rapidly boiling water. Bureaucrats at the Nazi Ministry of the Interior had produced learned research papers on the kindest method of killing."

In the case of the Nazis, the moral inversion is particularly dramatic, since the Nazis' opposition to experimentation on animals was accompanied by their support for the grotesque and sadistic medical experiments on innocent Jews and others in Nazi concentration camps.

The ancient Hebrew Prophet Hosea saw this inverted morality in his day as well: "Those who offer human sacrifice kiss calves" (Hosea 13.2).

For those tempted to caricature the argument presented here, I should make it clear that no one is making the absurd argument that animal rights activists are likely to be Nazis. Pointing out that the Nazis were major animal rights activists -- and that Hitler was a vegetarian -- is done only to offer a vivid illustration of how easily kindness to animals and cruelty to humans can coexist.

Human beings are not moderates, but extremists, by nature. Attitudes toward animals provide an excellent example. On the one hand are the innumerable human beings throughout history who have regarded animals as things to be treated as mercilessly as one would an inanimate object. This accounts for the widespread practice of cock fighting and other 'sports' that feature animals painfully killing one another for humans' entertainment.

And on the other hand are those, especially today, who equate animal worth with human worth -- such as People for the Ethical Treatment of Animals (PETA), which inaugurated a campaign a few years ago called "Holocaust on your plate." The program equates the barbecuing of chickens with the Nazi burning of Jews.

So, in our appropriate condemnation of those who organize dog fights, let's not fool ourselves about the impact of animal kindness on human beings' character. It simply doesn't exist.