From JFK to 9/11: Why People Believe in Conspiracies 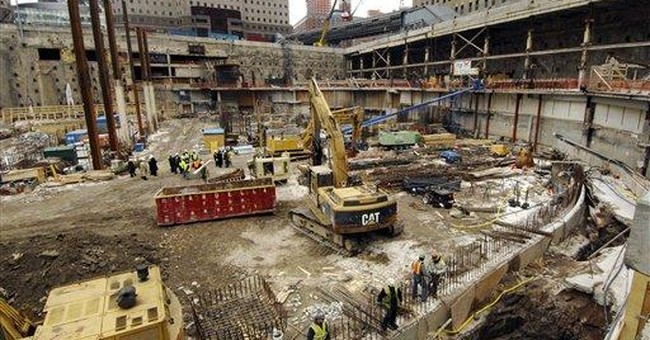 Vincent Bugliosi's remarkable 20-year work on who killed John F. Kennedy has just been published. Containing about a million and a half words and thousands of footnotes, "Reclaiming History" is probably the most detailed examination of one moment in time ever written. It reconfirms that a man named Lee Harvey Oswald acted alone in killing the American president.

As one who never doubted the original U.S. government report that Oswald acted alone, I am deeply grateful to Bugliosi for the service he has rendered our country. But I also regret that he had to.

Why did he have to? Because it was necessary to definitively refute all those who believe, despite bipartisan government reports and excellent books such as Gerald Posner's "Case Closed," that there was some conspiracy to kill President Kennedy and that Oswald was not the only shooter.

One would think that someone would have come forward in the last 44 years to tell the world about the conspiracy. He or she would become a major figure in history, not to mention the likelihood of becoming very wealthy. But somehow, despite the fact that the government can rarely hide for months even what it wishes to hide, both Democratic and Republican administrations acting in cooperation with each other have hidden these facts.

As Bugliosi pointed out to me, it would in fact have had to be a double conspiracy -- first, the plot to assassinate, and then the plot by a much larger group, including many honorable people involved in the investigation, to cover up the original conspiracy.

Likewise, given the vast amount of planning and implementation -- and the large number of people -- that would have been involved in arranging the 9/11 destruction of the World Trade Center towers and part of the Pentagon, not one person has come forward -- not one American or foreigner, not one leftist or rightist -- to reveal a U.S. government plot to murder thousands of Americans and bring down two of the tallest buildings in the world.

Why, then, do people believe in these and other conspiracies? (Of course, there are known conspiracies -- Osama bin Laden and others conspired in the 9/11 plot -- but there are no successful hidden conspiracies. I cannot think of one in my lifetime.) There are at least six major reasons:

1. Many people find it impossible to believe that a few utterly unimpressive individuals can do so much damage. Lee Harvey Oswald, a man who can best be described as simply a loser, could change history all by himself? It doesn't seem to make sense.

2. Many people want to blame those they loathe for as much of what they do not like as possible. Just about everyone who believes in hidden conspiracies attributes those conspiracies to those they hate. People who hate President George W. Bush blame him and his administration for 9/11. Egyptians who hate Israel have blamed AIDS on Israeli prostitutes. Indeed, attributing to Jews hidden conspiracies -- the "world Jewish conspiracy," the "Protocols of the Elders of Zion" -- is the oldest and most common belief in a hidden conspiracy.

3. One should never underestimate the power of boredom -- and the subsequent yearning for excitement -- to affect people's thinking and behavior. Belief in a hidden conspiracy is far more exciting than accepting prosaic truths. Figuring out the "mystery" of who killed JFK is a much bigger thrill than accepting that one jerk was responsible. Deciphering who was "really" responsible for 9/11 is a lot more interesting than accepting that 19 Arabs with box cutters did it.

4. People who feel powerless over their own lives are far more likely to believe that some invisible force controls their fate than people who believe that they are the masters of their lives.

Whichever reason or reasons apply, the bottom line about those who believe in hidden conspiracies is this: They choose to believe in them. Their psyche, their emotions, and/or their political agenda bring them to their belief in a hidden conspiracy. Never the facts.