No Mercy From Obama This Thanksgiving 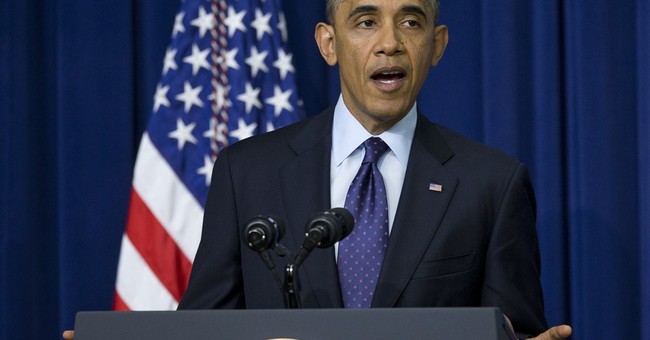 Another Thanksgiving has passed without a presidential commutation for Clarence Aaron, who, at age 24, was sentenced to life without parole for a first-time nonviolent drug conviction in 1993.

Aaron was not a buyer or a seller but a facilitator who hooked up two professional drug dealers. All but one of Aaron's confederates has been released from prison. His remaining co-defendant is due for release next year.

Why did Aaron get the longest time? He didn't testify against the higher-ups, who sold or bought 9 kilograms of cocaine and planned to traffic another 15 kilograms. They cooperated with authorities. Also, the buyer planned to convert the powder cocaine into crack (which carries a harsher federal mandatory minimum sentence). The government was able to charge defendants for quantities not traded. Because Aaron didn't know how to game the system like a pro, he got life without parole.

That's a misleading term, according to Julie Stewart, president of Families Against Mandatory Minimums. It's not a sentence of life as much as a sentence to live until you die in prison.

In 2007, President George W. Bush asked the Department of Justice pardon attorney to revisit its recommendation to deny Aaron a commutation. Pardon attorney Ronald Rodgers told the White House he still believed that Aaron's petition should be denied. Problem is, according to a 2012 inspector general's report, Rodgers withheld vital information on the case -- that the sentencing judge and prosecutor's office had reversed their staunch opposition to a commutation.

Even though he misled the previous president, Rodgers remains on the job. Attorney General Eric Holder gives lip service to reforming the draconian sentencing system, yet after winning re-election, his boss has not shown mercy to a single nonviolent offender.

"Pardon Power" blogger P.S. Ruckman Jr. rates the Obama administration as "one of the most merciless in history." Bush had a better record.

I can hear apologists leap to the president's defense. Obama dare not use this power, they pant, because Republicans would slam him for it.

For those critics, I have two words: Eugenia Jennings.

Never heard of her? That's because there was no hue and cry when Obama commuted the Illinois woman's sentence in 2011 in time for her to make it home for Christmas. She is the only recipient of an Obama commutation.

Jennings was an 18-year-old mother when she was sentenced to 22 years for her third drug offense -- selling a small amount of crack cocaine to a federal informant. She clearly was no criminal mastermind, but in prison, she wised up and earned an electrician's diploma.

Jennings died from leukemia in October. The Alton Telegraph reports that 200 people attended a standing-room-only service for a woman whom "many hold as a symbol of strength and redemption."

There is nothing stopping Obama from repeating this amazing success. I have to figure he just doesn't care.