Secondhand Smoke Gets in Your Rights 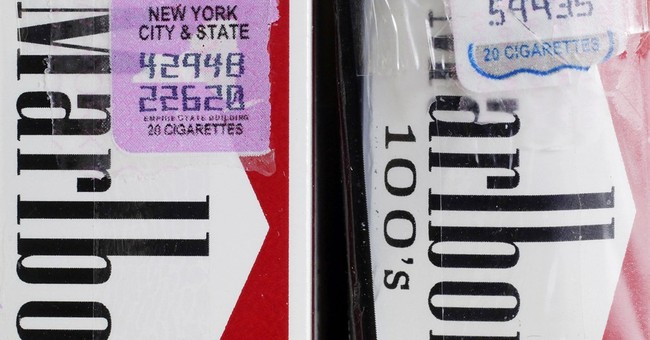 "The whole point is to protect people who live in multiunit buildings from secondhand smoke," Wengraf said. Locals have told her they find the notion of a ban in single-family homes scary. "I hope he wakes up and pulls it," she said.

Actually, I think Wengraf should want Arreguin's recommendation to stick around. After all, his proposal makes the multiunit ordinance seem reasonable.

Arreguin aide Anthony Sanchez tells me that the recommendation is really just a "footnote," "a non-actionable topic of future consideration."

Or call it the next logical step. Berkeley already has banned smoking outdoors -- in commercial districts, in parks and at bus stops, where nonsmokers are free to walk away from smokers or ask them to move. With that ordinance on top of California laws banning smoking in the workplace, at restaurants and in bars, have advocates of nonsmokers' rights determined that their work is done? Never!

The job is never done in the nanny state. Hence the Berkeley proposal, hardly the first in the Bay Area, to ban smoking in multiunit dwellings. Wengraf tells me that smoke can get into ventilation systems and spread through a building.

But what if it doesn't? What if you live in a building where secondhand smoke doesn't leach? There is no burden of proof that your smoke bothers others. If you smoke in an apartment, you're guilty.

Enter Arreguin, who fears that the multiunit ordinance would fall "disproportionately and unfairly on the backs of tenants." It's not fair. So if the city is going to tell renters what they can do in their own lodgings, he writes, it should pass a ban "in any dwelling (including single-family dwellings)." In deference to the secondhand smoke rationale, Arreguin suggests that the ban apply if a minor lives in the home, "a non-smoking elder (62 or older) is present" or any other "non-smoking lodger is present."

Walter Olson of the libertarian Cato Institute compares the Berkeley nanny ordinance to secondhand smoke itself: "They are seeping under our doors now to get into places where they're not wanted."

He faults "ever more ambitious smoking bans" that rework the definition of private space. "Now they're really just saying it doesn't matter if you have the consent of everyone in the room." Olson savored Arreguin's suggestion that 62-year-olds cannot consent to being near a smoker.

When I asked Cynthia Hallett of the Berkeley-based Americans for Nonsmokers' Rights whether she supports the Arreguin recommendation, she answered, "Right now, the policy trend is really for multiunit housing."

Of course, there is an exemption for medical marijuana. City Hall wouldn't dare to tell pot smokers not to exhale. After all, they have rights.