Marijuana Moves Into the Mainstream 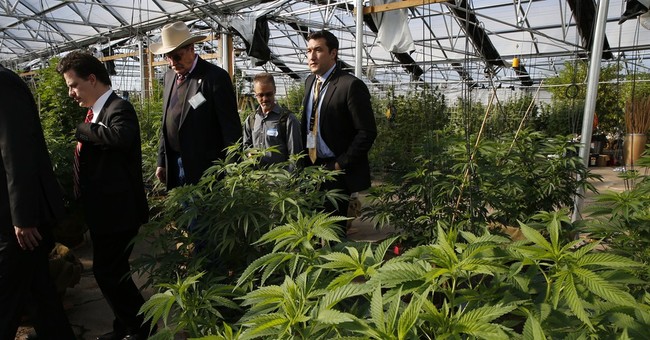 It turns out Prop 215 opponents were right and wrong.

The official ballot argument against Prop 215 argued that the measure was designed to "exploit public compassion for the sick in order to legalize and legitimatize the widespread use of marijuana in California." Clearly, some recreational users have gamed the system.

But they were wrong about the outcome. Despite dire warnings about Prop 215's shielding drug dealers and allowing unlimited quantities of marijuana to grow near schoolyards, medical marijuana doesn't seem to have increased teenage use.

A 2012 study found "little evidence of a relationship between legalizing medical marijuana and the use of marijuana among high school students." Researchers D. Mark Anderson of Montana State University and Daniel I. Rees of the University of Colorado examined the data in Los Angeles, where the number of dispensaries surged to more than 600 by 2010, and found teen usage to be no greater than in cities without medical marijuana dispensaries.

In a piece published in the Journal of Policy Analysis and Management, Anderson and Rees linked legal medical marijuana to a reduction in heavy drinking among 18- to 29-year-olds and a 5 percent decrease in beer sales.

The journal also published a counterpoint piece that found the evidence on marijuana use leading to less alcohol use was mixed and uncertain.

There are three things we know:

1) Alcohol abuse is more dangerous than marijuana abuse. CNN's Dr. Sanjay Gupta found no documented case of death from a marijuana overdose. According to the federal Centers for Disease Control and Prevention, some 80,000 Americans die from excessive alcohol use each year.

2) Marijuana does have medical uses. That's why the California Medical Association recommends the legalization and regulation of cannabis.

3) The war on marijuana is a waste of money. When federal prosecutors go after medical marijuana dispensers, they are using a nuclear weapon to incarcerate people for using or distributing a nonlethal drug.