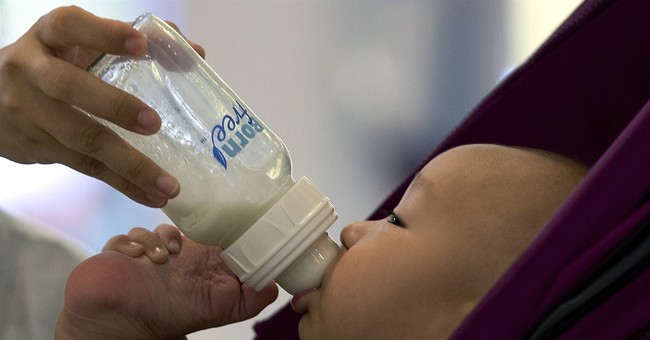 Trending
In Sunday's San Francisco Chronicle, reporter Stephanie M. Lee delivered a down-the-middle story about a Bay Area couple, Jennifer Benito-Kowalski and Steve Kowalski, 40 and 41 -- who paid an Indian woman to help them attain their goal of making a baby with their own DNA. To many moderns, this arrangement presents a win-win formula. The poor gestational carrier gets needed money, and the comfortable couple get a baby. What's not to like?

As Lee's story concludes, the baby appears to be healthy, and surrogate mother Manisha Parmar is considering serving as a surrogate again. Perhaps for these two families, there will be a happy ending, but it's hard to see how this story is a win-win for the world.

For one thing, there's a medical risk to carrying a child. In 2012, an Indian surrogate died while carrying someone else's child. In 2013, it happened again. Indian clinics routinely perform cesarean deliveries, which carry complications for surrogates like Parmar.

Benito-Kowalski told me Monday that she was aware of Indian surrogacies gone wrong; that's why she checked a dozen Indian clinics. She chose Dr. Nayna Patel's Akanksha clinic because it has a solid track record and because Patel does a thorough job of vetting her surrogates.

Yes, there was a clause in the contract that allowed the Kowalskis to order an abortion if the child is not healthy. It's true; Parmar wouldn't have a choice in the matter. That's because Patel put the clause in the contract, Benito-Kowalski responded. "We knew our baby was going to be healthy, so it wasn't an option for us." And: "We weren't going to abort Kyle."

If the baby wasn't healthy? "That's hypothetical," she answered.

Since Lee's story was published, the Kowalskis have been bombarded with "just plain mean" criticism. The couple opened up to the Chronicle to let other childless couples know that there is hope, Benito-Kowalski told me. She was unprepared for the barrage of others passing judgment over a decision that gave the couple their beloved son. Please don't make us look like bad people, she said to me.

I don't think they're bad people. I think the Kowalskis represent a prevalent view in American society, that when affluent childless couples want to have a baby, they have a right to have a baby -- indeed, the exact baby they choose. If their decision risks the health of poor women, well, that's OK because the couple are acting out of love.

And if they sign a contract that turns a desperate woman into a mule who carries a child at the will of others? That's OK, too, because the couple paid good money that will help the poor woman's family.

And if the poor woman is torn apart because she has bonded with the baby inside her? Doesn't matter; the mule signed a contract.

The Kowalskis aren't bad people. They're decent people who live in a bad culture that tells them that outsourcing the gestation of their test-tube babies is a good thing. It's a win-win.

"It's not fair," Steve Kowalski told Lee, that other couples conceive simply by having sex.

When Parmar and her husband returned to their home and children, they had to live with the shame and family who disapproved. What's really not fair is that one country has too much shame while the other has none.