Listen to the Doctor: Weed Really Can Heal 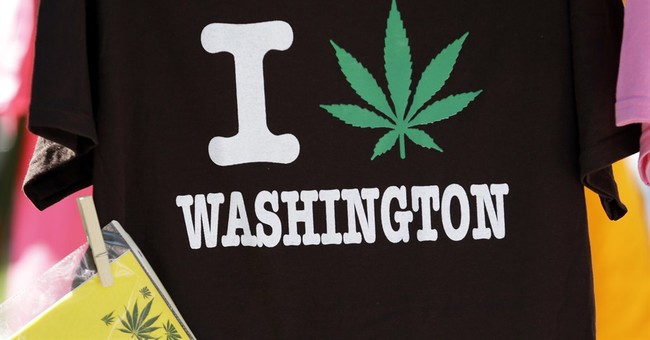 CNN's Dr. Sanjay Gupta admitted earlier this month that he had been wrong in his opposition to medical marijuana during the rollout for his documentary "Weed." Gupta reported on research that demonstrated the proven benefits of marijuana in treating neuropathic pain. Medical marijuana was the only drug that helped a 5-year-old girl with Dravet syndrome live without constant seizures. It calmed the constant hiccuping of a 19-year-old. Israelis use it to treat Parkinson's disease and other ailments.

The doctor didn't say marijuana is all good. He cited research that found that regular use by teens can lead to a permanent decrease in IQ. But Gupta could find no documented case of a death from a marijuana overdose, whereas someone dies every 19 minutes from a prescription-drug overdose. The Centers for Disease Control and Prevention estimates that 80,000 Americans die each year from excessive alcohol use.

Last week, Gupta's sentiments were echoed on the right when columnist Charles Krauthammer, a former psychiatrist, told Fox News that alcohol is much more harmful than marijuana. Quoth Krauthammer: "If I were starting a society from scratch and had to choose the intoxicant, I would outlaw alcohol and I'd allow marijuana." (Side note: But seeing as he can't reset the world, Krauthammer said he wouldn't legalize pot.)

Gupta's about-face might well signal a sea change in how this country looks at marijuana. Gupta told CNN's Erin Burnett that he used to look at medical marijuana advocates as "malingerers" who are "just looking to get high." But he came to see that cannabis not only helps severely ill people but also averts the dangerous side effects of more potent pharmaceuticals.

Senate Judiciary Chairman Pat Leahy announced Monday that his committee will hold a hearing Sept. 10 about the correct federal response to state laws legalizing the use of medical marijuana and, in the cases of Washington and Colorado, recreational use of marijuana.

Before the American Bar Association recently, Attorney General Eric Holder delivered a speech that was supposed to signal big changes in the administration's approach to nonviolent drug offenders.

But he didn't mention marijuana enforcement, even though his Department of Justice has waged a ruthless war against medical marijuana dispensaries. Federal prosecutors have not only sent registered California dispensary operators to prison but also gone after their landlords, their bankers and contractors.

Listen to Gupta and Krauthammer and it's fair to surmise that marijuana is the least harmful of all controlled substances. It's less toxic than alcohol, which is legal. It's less lethal than prescription drugs.

So why is Washington still waging a war on weed?