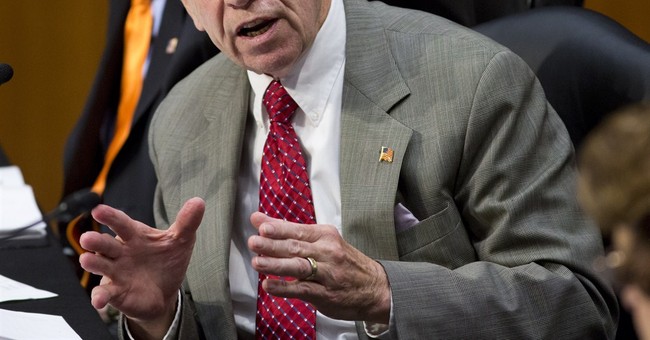 In an effort to inject some reality into the Beltway, Grassley introduced an amendment to the Affordable Care Act to require that members of Congress and their staff get their health care from the new Obamacare exchanges. "Congress should live under the laws it creates. That includes Obamacare," Grassley explained.

Congress eventually passed the Grassley amendment, and it was included in the bill President Barack Obama signed, but that doesn't mean Washington insiders can't get around it.

There are two things for the political class not to like in the Grassley amendment.

To start, the 11,000 or so members and Capitol Hill staffers now enjoy Cadillac coverage as participants in the Federal Employees Health Benefits Program. The Grassley provision is supposed to make that go away and force those individuals to buy their own coverage through the less prestigious Obamacare health insurance exchanges.

But also, the government -- read: taxpayers -- picks up more than 70 percent of the premiums. There was no language in the final Grassley provision to continue the federal subsidy.

Supporters have been able to sell Obamacare coverage as affordable because the government subsidizes premiums for some middle-income workers. Senators and representatives make $174,000, and and their staffers make too much to qualify for the Obamacare subsidies. Thus, the Grassley amendment represents a pay cut for Hill aides.

House Minority Leader Nancy Pelosi predicted the pay cut would cause savvy Capitol Hill staffers to stampede toward the private sector. Politico reported that both Republicans and Democrats were looking for a way around the law to prevent what wags had dubbed the coming Beltway "brain drain."

After Obama reportedly told Democrats behind closed doors that he would help, the Office of Personnel Management announced a proposed rule to save Congress from its own law.

So the government would continue to pay its employer contribution of premiums. On the one hand, that seems fair. Who wants to get a pay cut and a second-tier health package? On the other hand, this is another example of Washington's taking care of its own in order to prop up a health care plan that costs taxpayers money by discouraging employers from hiring full-time workers.

In Congress, members cannot lose, but the public can.

Worse, the Office of Personnel Management didn't stop there. Its new proposed rule also would allow each member of Congress to "determine whether an employed individual meets the statutory definition" of "congressional staff." The OPM's rationale was that there is "no existing statutory or regulatory definition of the term 'official office.'" As if "official office" is an exotic cipher.

What do we pay these people for if they can't figure out what an official office is?

As a result of that brilliant maneuver, senators and congressmen will be able to exempt their staffers if they so choose. Capitol Hill, it turns out, is one colossal golden-domed exemption.

In pushing his amendment in 2010, Grassley rightly argued: "It's only fair and logical that administration leaders and congressional staff, who fought so hard to overhaul America's health care system, experience it for themselves. If the reforms are as good as promised, then they'll know it firsthand. If there are problems, public officials will be in a position to really understand the problems, as they should."

But there's this ugly reality on Obamacare Island: The rules do not apply to the people who make them.