3 Reforms for the War on Drugs 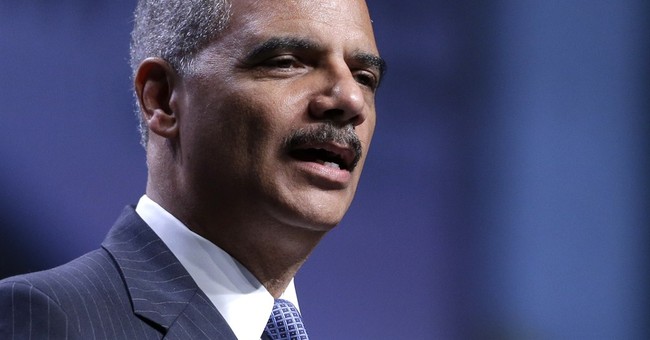 Eric Holder, America's first African-American attorney general, and his boss, Barack Obama, the first black president, haven't been shy about pointing out racial disparities in the criminal justice system. Racial profiling? It's real, they say. State "stand your ground" laws? Obama says they don't work for minorities. Yet both have been conspicuously absent when it comes to redressing racial disparities in their own home turf, the federal government's ill-conceived war on drugs.

That could change when Holder addresses the American Bar Association in San Francisco on Monday.

The war on drugs has presented "a lot of unintended consequences," Holder recently told NPR, and the federal government "can certainly change" its enforcement policies. NPR reports that Justice Department lawyers have been crafting reform proposals, which Holder may roll out at the lawyer confab.

Tea party Republican Sens. Rand Paul of Kentucky and Mike Lee of Utah have co-sponsored legislation (with Sens. Dick Durbin, D-Ill., and Patrick Leahy, D-Vt.) to reform federal mandatory minimum sentences. Holder told NPR that the administration wants to work with legislators. Translation: Obama has been waiting for political cover, and now he has it.

Federal mandatory minimum sentencing laws were meant to deliver hard time for drug kingpins, but too often they have been used to incarcerate nonviolent low-level offenders for too long. As U.S. District Judge Roger Vinson told The New York Times, the system rewards people who know enough to inform on others, while "the small fry, the little workers who don't have that information, get the mandatory sentences."

Vinson was explaining how federal mandatory minimums required that he sentence Floridian Stephanie George to life without parole because her dealer boyfriend had stowed a half-kilogram of cocaine in her attic, but the boyfriend and his associates were sentenced to less than 15 years.

The Drug Policy Alliance, which opposes the drug war, has urged the administration to support the Leahy-Paul Justice Safety Valve Act and the Durbin-Lee Smarter Sentencing Act, as well as a bipartisan House bill to allow early supervised release of certain federal prisoners. The alliance's Bill Piper believes "Holder considers sentencing reform to be a legacy issue."

I hope Piper's right. I still am waiting for Obama to make good on his 2008 campaign promise to "immediately" review federal sentencing "to see where we can be smarter on crime and reduce the ineffective warehousing of nonviolent drug offenders."

Because the Fair Sentencing Act was not retroactive, law professor Douglas Berman co-wrote a piece in Slate last month in which he called on Obama to use his presidential pardon power to commute the sentences of about 5,000 crack offenders over-sentenced under the old law. "A stroke of the pen can undo vast racial disparities in criminal sentences," the piece argued.

Whoa. Berman's plan risks the release of some truly bad guys. It would make much more sense for Obama to name a panel to review old cases first. Over the phone, Berman agreed that there would be shrewder, safer ways for Obama to commute sentences and railed against the administration's "inability to think you can do it shrewdly."

To date, the president has commuted only one sentence. He has the worst pardon record of any modern president. That's unconscionable when you consider George and Clarence Aaron, a nonviolent first-time drug offender serving life without parole.

Marijuana isn't an issue of racial justice, but it is an issue of individual rights and states' rights. As a candidate in 2008, Obama signaled that he was reluctant to sic the awesome power of the federal government on medical marijuana in states where voters had legalized it.

That rhetoric, Piper believes, resulted in Colorado and Washington voters approving measures to legalize the recreational use of marijuana last year. In December, Holder said the Department of Justice would announce a policy on the new laws "relatively soon." Hasn't happened yet.

Maybe marijuana is like same-sex marriage and Team Obama is asking: Is it safe to evolve positions now?

Here's the question: Are Obama and Holder A) equivocators who can act now because, with no re-election at stake, there's no downside or B) cold partisans who care about race and justice only as ideological wedges?

So far, the answer is B.