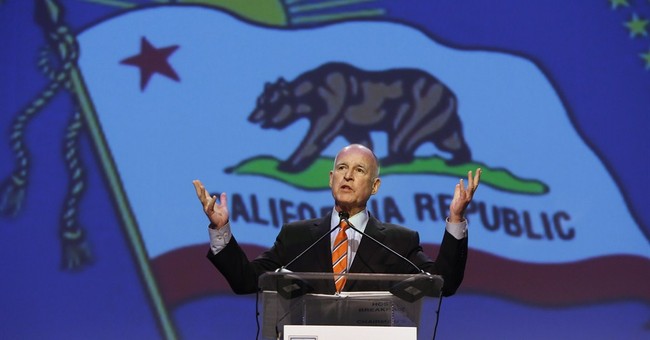 Before you join Jay Leno and Susan Sarandon and sign an open letter to Gov. Jerry Brown to protest "solitary confinement" in California prisons' security housing units, there are a few things you should know. Start with the criminal records of the leaders of the Short Corridor Collective -- the four inmates who, despite their "extreme isolation," orchestrated a hunger strike with more than 30,000 inmate participants July 8.

During his murder trial, a fellow inmate and fellow member of the Aryan Brotherhood stabbed Ashker's lawyer four times with a shank. Attorney Philip Cozens told the Los Angeles Times he believes that the inmate stabbed him in order to provoke a mistrial.

Yes, Ashker is the man the hunger strikers want to return to the general prison population. "What happens to him if he kills someone else," Criminal Justice Legal Foundation President Michael Rushford asked, "he gets another life term?"

Does it matter to you that Ashker killed someone in prison? I asked Isaac Ontiveros of Critical Resistance, which has supported the hunger strike. "Nobody can be tortured" for committing a crime, he answered.

I agree, but the Pelican Bay SHU isn't torture. I went there in 1993. I wouldn't want to spend an hour alone in one of those 8-by-10-foot cells, but I'd hate to spend any time in any prison. That's the idea.

There's no natural light and there's only recycled air in the SHU, but the worst part about the cells is that they have no real furniture -- just ugly concrete forms that serve as beds or chairs.

"We don't call it solitary confinement," California Department of Corrections spokeswoman Terry Thornton noted. Inmates have cable TVs, access to books and limited time in the law library. They can talk to, if not see, other inmates in their eight-cell pods.

Many of the cells house two inmates. Doesn't matter to the "torture" mongers. A 2012 inmate lawsuit argues that "being locked up with a cellmate all day in an 80-square-foot cell does not compensate for the severe isolation of the Pelican Bay SHU."

It's important to understand why prison officials want to isolate about 3 percent of the prison population -- to keep the other 97 percent safe from gang leaders who want to intimidate or eliminate inmates who step out of line. Ashker himself wrote that he would not "debrief" -- inform on others. "Many debriefers and their family members outside prison have been seriously assaulted and killed."

When Ashker and three fellow members of the Short Corridor Collective released an "agreement to end hostilities" between racial groups at Pelican Bay, they drew a line between "solid" inmates who never "debriefed" and "informers, snitches, rats and obstructionists."

It's too bad that the prison groupies don't seem to notice that Ashker, who earned a paralegal degree in prison, considers the SHU to be torture, while he sort of winks at the coercion, even murder, of inmates who "debrief." Ditto their families. Nor do they seem to think it odd that these four leaders were able to call a cease-fire between gangs not to save lives but to protest a system that keeps them out of the general prison population.

Corrections officials report a steep drop in the number of inmates participating in the hunger strike -- from 12,421 first reported to have missed nine consecutive meals after the hunger strike began to 499 as of Thursday.

Will hunger strike supporters protest if the state force-feeds inmates as compassion dictates?

I would not argue that every SHU policy is beyond reproach, but the state should not buckle this time. The SHU is not torture. It's a law enforcement tool designed to keep dangerous criminals from harming other convicts. So why are the bleeding hearts applauding inmates who are starving themselves so that the sharks can be released to terrorize the general prison population?