Forget Trayvon Martin; Barack Obama Could Have Been Clarence Aaron 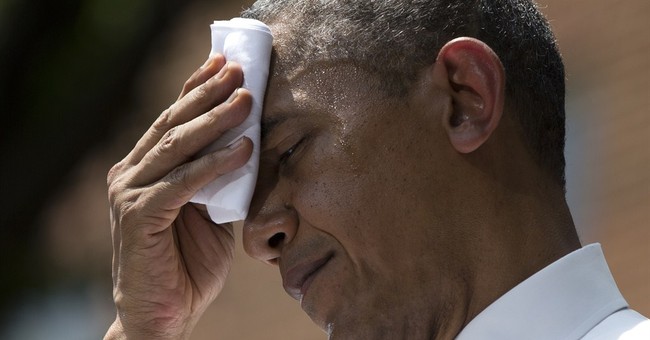 It just so happens that when President Barack Obama gave his moving speech on racial disparities and the death of Trayvon Martin on Friday, it was a year almost to the day since the White House said it wanted to review the commutation petition of a black man sentenced to life without parole in 1993 for a first-time nonviolent drug conviction.

As the president spoke on the African-American community's acute awareness of racial disparities in "everything from the death penalty to enforcement of our drug laws," he ignored his own failure to redress a racial inequity by freeing Clarence Aaron.

You might say that under different circumstances, Barack Obama could have been Clarence Aaron. As a 23-year-old college student with money problems, Aaron set up two large cocaine deals between a pair of career drug dealers. Aaron broke the law, so he earned time in prison. But how did he get a life sentence when the two kingpins were sentenced to shorter time? One was released in 2000; the other kingpin, who threatened to "skin" an accomplice's sister, is serving 24 years.

Federal laws designed to put away kingpins are being used instead to over-incarcerate small fish. Unlike the drug bosses, Aaron didn't win a reduction in sentence for testifying against co-conspirators; he lied on the stand, which increased his sentence. So he gets life while the dons get out.

During his remarks Friday, Obama criticized state and local "stand your ground" laws, over which he has no authority. But he won't clean up his own turf.

The Constitution grants the president the unfettered power to commute federal sentences. To date, Obama has commuted only one sentence. "Pardon Power" blogger P.S. Ruckman placed Obama "among the most merciless presidents in the history of the United States."

Obama did sign the Fair Sentencing Act of 2010, which reduced the disparity between cocaine and crack sentences, which used to disproportionately subject African-Americans to draconian sentences even more. To correct the disparity for those convicted before the new law, however, the president could use the pardon power to apply the law retroactively or to reduce the sentences of nonviolent offenders serving life without parole, but he hasn't.

"It's not life without parole" really, said Families Against Mandatory Minimums President Julie Stewart. "They're serving death in prison."

Knee-jerk apologists have lectured me that if Obama commuted more sentences, conservatives would criticize him. Ha. Was there a controversy after Obama commuted the 22-year sentence of crack offender Eugenia Jennings in 2011?

A growing number of conservatives -- ranging from Jeb Bush to Ed Meese -- have signed the Right On Crime statement of principles, which challenges Washington's "reliance on prisons" and policies that harden low-risk offenders who could be rehabilitated. With this movement, Obama could use the pardon power in a cause that brings left and right together.

Alas, it appears the president seems interested in racial disparity only when he can use it as a crowbar to pry the country further apart. When he has the authority and ability to correct federal racial inequities, he is missing in action.