Smoke Gets in Your Smoke 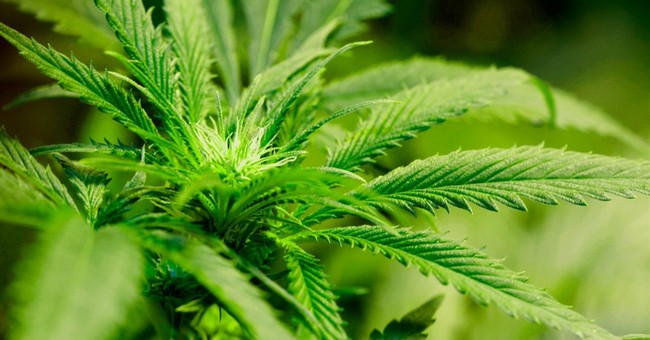 Trending
California's marijuana advocates need to inhale a breath of fresh air and take a long look at their judgment -- or lack thereof.

What, I wondered, is a little kid doing sitting next to a world leader at a news conference about legalizing marijuana (unlike, say, an event for juvenile diabetes, early childhood education or a policy matter that really is about kids)? And the answer was: pretty much whatever he wanted, wherever he wanted.

Like any toddler asked to sit quietly for an hour while a bunch of adults do nothing but talk, he got tired of sitting still. He fidgeted, ran behind the speakers, scooted off the riser, lunged toward the stage and generally tried to amuse himself. He wasn't having a tantrum, but he was highly distracting.

I am not faulting the boy. He's still in diapers. No, I wondered: Did anyone at the pot summit realize that it's sort of disrespectful to have a kid fidgeting and running around while a former leader on the world stage is talking policy?

Everyone has seen parents who treat their children like accessories and drag them where children do not belong. But seeing a kid at a presser while the former president of Mexico discussed drug violence in his country? For me, that broke ground.

When Jones spoke, she told reporters that legalizing marijuana for medical and recreational use is "about the children." And: "This little one is a constant reminder to all of us why we're really here."

Not one participant -- not Fox, not DeAngelo, not the state pol, not the money guy -- bothered to say that legalizing marijuana would not be a boon for tots. Would-be marijuana mogul Jamen Shively stressed that he supports "adult, responsible use" of cannabis. So didn't any of these guys ask: Why was a toddler onstage?

Jones told me that she had not expected to participate in the press event, so she didn't arrange for a sitter. She also said that as a working mom, she frequently brings her son to pro-marijuana events.

"Officially, I am kind of stunned," she said. "You're the first person to make me feel ashamed for being a mom in public." Most people, she added, think it's great that she advocates legalizing marijuana as a mom with her young son at her side.

Not I, and I voted for the 2010 California ballot measure to legalize marijuana. I went to the news conference expecting to write about drug violence in Mexico, as I have done before and will do again. But I walked out wondering what these advocates, who want to convince the public that legalizing marijuana would improve civil society, were thinking. But I don't think they were thinking at all.