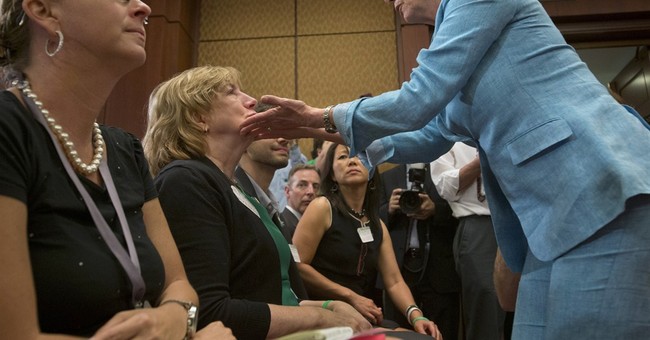 Assemblywoman Susan Bonilla, D-Calif., believes that if her Assembly Bill 926 passes, researchers will be able to pay egg donors as they develop medical advances that can help all women. To her, the bill is an issue of simple fairness -- gender equity, really.

Since a well-intended 2006 bill banned researchers from paying egg donors more than expense reimbursement, researchers have been at a competitive disadvantage, while affluent couples can offer fertile women top dollar. UCSF Professor Marcelle Cedars lamented at a hearing of the state Senate Health Committee on Wednesday that the status quo robs potential egg donors of "the rewards of contributing to scientific knowledge."

Alice Crisci, a cancer survivor and patient advocate for Fertile Action, testified that the ban on research payments "is discriminatory. It assumes all women are incapable of making their own decisions about their reproductive well-being if fair compensation is allowed." Researchers compensate men for donated sperm, she added, so it's only fair to compensate egg donors.

That sperm-egg parity argument is so bogus. When men donate sperm, they risk second thoughts about unknown, random offspring, but they do not risk serious medical side effects. Egg donation, on the other hand, can be hazardous to your health. The New York Times reports, "Egg donors can suffer serious side effects from the powerful hormones needed to generate multiple eggs." And: "The most significant risk is ovarian hyper-stimulation syndrome, which can cause bloating, abdominal pain and, rarely, blood clots, kidney failure and other life-threatening ailments."

Sindy Wei, now an M.D. and Ph.D., was in medical school when she donated eggs. She liked the idea of helping others, and as a cash-strapped student, she liked the $5,000 she was paid. It was a bad deal. After one painful cycle, doctors extracted 60 eggs from her. She got sick and went to the hospital. She was bleeding internally. If she had flown home, as the fertility center told her to do, she believes she would have died.

Wei's testimony followed that of Jennifer Schneider, a physician whose "athletic, non-smoking, vegetarian" daughter developed cancer seven years after she became an egg donor. "I was shocked to learn that no one had ever studied the potential long-term risks of egg donation, especially the risk of high-dose hormones given to healthy young women," she told the room.

AB926 supporters testified that no definitive studies have proved a link between egg donation and cancer. Opponents responded that doctors don't want to know about the downside.

Some fertility doctors "can honestly say they haven't seen any problems," because they do not want to know and never bother to find out, Diane Beeson of the Alliance for Humane Biotechnology told me. A 2007 Institute of Medicine review cited acute and chronic risks from egg donation as it warned that very little is known about the long-term health effects on donors.

A committee analysis cited the 2007 review, yet still the committee passed AB926 by a 6-to-1 vote. That's right, lawmakers know there are risks to egg donation, but they voted to expand the practice anyway.

On Thursday, Bonilla told me that the testimony of Wei, Schneider and others moved her, but it's on the unregulated fertility side, "where you have the issue of enticement." Researchers aren't in it for the money. And: "There's no change with the risk in what my bill is doing. There is risk when you do any kind of research."

Except more women will be enticed to risk their health, as researchers, unlike rich couples, don't care if egg donors have a college degree.

As we talked, Bonilla acknowledged the possible benefits of a registry to log possible side effects on egg donors. "What I've learned from my study on this bill is, we really need more legislation," she said, especially on the fertility side. "I would totally take that kind of bill on myself."

Why wait? This is, after all, a serious women's health issue.

Full disclosure: My husband, Wesley J. Smith, is a consultant for the Center for Bioethics and Culture. The center's president, Jennifer Lahl, has testified against AB926.

Why Democrats Think the 'Walls Are Closing In' on Trump...Again
Matt Vespa
Why One House Democrat Is Calling for a New CDC Director
Leah Barkoukis
'I Recommended Not Responding': VA School Accidentally Responds to Email from Reporter About Mask Mandate
Landon Mion
Rand Paul Tweets Out Asking If 'Snot-nosed Censors at YouTube Will Come to My Office and Kiss My …'
Rebecca Downs
Loudoun County Public Schools Remove Sexually Explicit Book from Library
Landon Mion
Michigan Dems Say Parents Shouldn’t Tell Schools What to Teach
Landon Mion