Is Hacking Your Spouse's E-Mail Truly a Crime? 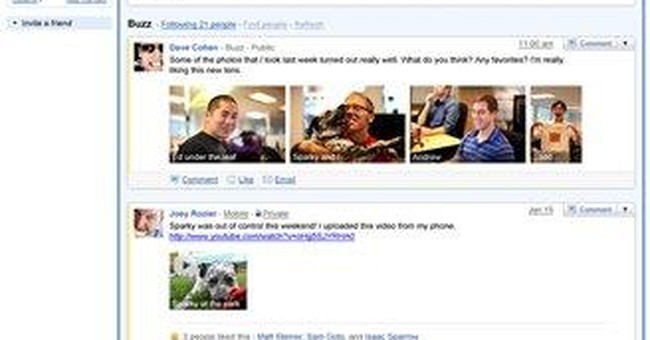 This sorry episode began when Walker logged into his wife, Clara's, Gmail account. What he saw led him to believe his wife was having an affair with her second husband, who, according to news reports, had been arrested on charges of beating Clara in front of her son from her first marriage.

It gets messier. Walker reportedly printed the e-mails and then gave them to the first husband. In February 2009, Oakland County authorities arrested Walker.

"The guy is a hacker," Cooper explained to the Detroit Free Press. Cooper has maintained that Walker, a computer technician for Oakland County, used his skill to download the e-mails, and then used them "in a very contentious way."

Nonsense, says Walker's attorney, Leon Weiss. Cooper didn't use his training to get into the Gmail. The couple shared the computer, which Walker had bought, and Clara left her password lying around in their home.

While the Michigan hacking law may not specifically exempt spouses, common sense should hold some sway in this case. When you live with someone, you give up a legal expectation of privacy.

When you're married, your spouse, like a parent, has a legal right to see what is in your home. Ask any self-respecting wife. You come home with lipstick on your collar, your wife has a right to look for incriminating evidence.

If you don't want to get caught, do a better job of covering your tracks.

In legal terms, Weiss put it this way: "You do give up a good amount of your privacy when you're in the marital home. If you want to draw personal lines, that's between the two of you. A violation of personal lines should be dealt with in the relationship."

Besides, if you don't want government in your bedroom, you certainly don't want Big Brother mediating your marital issues.

The courthouse would never close.

If Walker were a woman, I don't think there's a jury in America that would convict. As a wronged husband, doing what many a wronged spouse would do, Walker should have little to fear -- yet if he's convicted, he faces five years in prison.

"The ones you should win make you the most nervous," Weiss confided.

I didn't hear back from Cooper. So let me offer this in her defense: Two judges have ruled in favor of letting the Feb. 7 trial proceed.

As George Washington University law Professor Jonathan Turley blogged, "We have seen the gradual over-criminalization of America where every act -- great or small -- has been translated into some form of crime."

And: "If this type of intrusion is criminal, millions of people would be felons. Without some evidence of a collateral crime such as identity theft, the prosecutors should have left this to the divorce courts. My assumption is that Ms. Cooper has other crimes to prosecute in Michigan."

Cooper called Walker a "hacker." I wonder what she would call a prosecutor's office that chose to threaten a jealous husband and fearful father with five years in prison by trolling for a law clearly enacted for other purposes. "Hacker" maybe. But in this story, that type of hacking is not a crime.