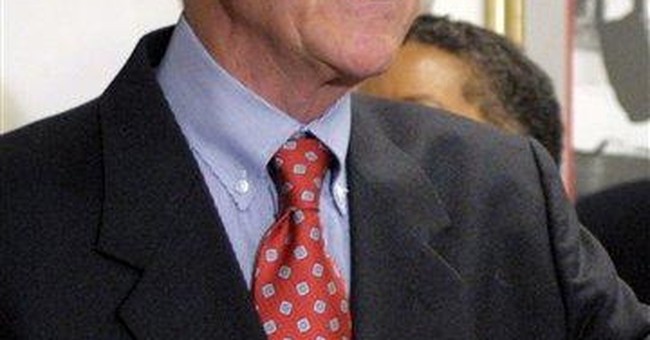 While Washington incumbents are trembling at the prospect of losing their seats and Democrats fear losing their majority in Congress, Rep. Pete Stark, D-California, is a man apart. As a gone-viral videotape of a June 26 Fremont town hall meeting shows, Stark, 79, is the rare D.C. pol so secure that he feels little need to be civil to folks who show up at his town hall meetings.

Is there anything more pernicious than a safe congressional seat?

First elected in 1972, Stark has called various colleagues in the House "a whore for the insurance industry," a "fruitcake" and a "fascist."

When the Office of Congressional Ethics investigated charges that Stark wrongly claimed a homestead tax exemption for his Maryland home, committee staff found that Stark "was extremely belligerent" and insulted them.

Stark is so problematic that House Speaker Nancy Pelosi could not name him as the new House Ways and Means Committee chairman in March, even though he was first in line. Apparently, Stark's Blue Dog Democrat friends did not appreciate being called "brain dead."

Back in Fremont, however, Stark is king, if a cranky king.

At the town hall meeting, Stark went out of his way to insult Steve Kemp, who identified himself as a member of the Minuteman movement, which supports tougher border enforcement. "Who are you gonna kill today?" Stark asked. He then told Kemp he would "try to get you some more arms and get you" to the border "to shoot people."

The really amazing part: Kemp, who was taping the meeting, had caught Stark on tape before. Remember? A man told Stark, "Don't pee on my leg and tell me it's raining," and the Beltway big shot responded, "I wouldn't dignify you by peeing on your leg. It wouldn't be worth wasting the urine."

Chris Pareja, who is gathering signatures to challenge Stark as an independent in November, observed that Stark went for the bone against "a dog that's already bitten him."

GOP challenger Forest Baker isn't a fan of Kemp's tactics. Yet he noted, Stark "rose to the bait just exactly the way they wanted him to. He disgraced himself. He whipped himself into a lather. He really lost control."

Liberal blogger Robert Cruikshank, however, lauded Stark's performance as "one of the best responses I've seen by anyone to these immigrant-bashers: Mock them relentlessly."

Cruikshank's wrong for two reasons. One, while he dismissed Kemp and others as "anti-immigrant" -- which is code for racist -- and "crazies," some constituents complaining about immigration policies were Asian and Latino, and some are immigrants.

Two, Stark came across as an amateur. He didn't listen. He failed to present a reasoned argument. He failed to marshal facts to support his case. To the contrary, at one point, Stark claimed "we still have the bracero program" for agriculture, when it ended in 1964.

He was mean, and wrong. As a senior member of Congress, Stark should act with more decorum than might be expected of angry town hall attendees. But he can't.