Lose at the Ballot, Push! for Payback at the Bench 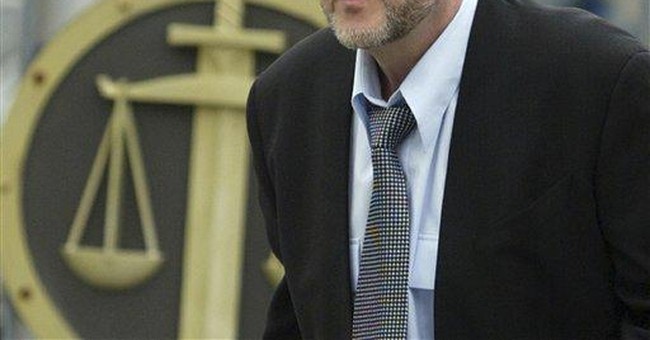 Chief U.S. District Judge Vaughn Walker opened the gates to hell this month when he ruled that strategists for Proposition 8 -- the 2008 ballot measure, passed by 52 percent of California voters, that limited marriage to a man and a woman -- must release internal campaign documents to measure opponents.

Political activists of all stripes beware: Unless this ruling is overturned, the word will be out that sore losers who can't beat you at the ballot box and probably can't beat you in court can file a lawsuit designed to pry away proprietary information that they later can use to embarrass you.

And be clear: Every campaign has its dirty laundry. Including, I would imagine, the Proposition 8 opposition. What was Walker thinking? As The Chronicle's Bob Egelko has reported, the plaintiffs -- two same-sex couples, a gay rights organization and the city of San Francisco -- cite a previous federal ruling to argue that if the court finds that Proposition 8 backers were motivated by discrimination, then the court can strike down the measure without having to decide if gays and lesbians have a constitutional right to marry.

Confused? You are not alone. After all, there is little mystery about why voters approved Proposition 8. More people opposed same-sex marriage than supported it.

If there were any mystery about the sponsors' intent, the California voter pamphlet and campaign literature could fill in the blanks.

But opponents of the measure are not satisfied with the public record. They want to see strategy documents for themes not presented to the electorate. Matthew McGill, who represents the two same-sex couples, told me, "The Prop. 8 proponents have said that Prop. 8 is motivated by entirely benign concerns such as 'responsible procreation.' We're entitled to test that assertion."

Walker agreed. Thus he ordered Proposition 8 authors to hand over "enough information about the strategy and communications of the Prop. 8 campaign to afford a record upon which to discern the intent underlying Prop. 8's enactment."

Opponents are trolling for information that "would constitute a binding admission or a statement directly at odds with representations" made by Proposition 8 proponents in court. The problem is, campaigns are messy things, famous for infighting and factions.

Suppose that a campaign staffer suggested a television spot that focused on a specific religious objection to same-sex marriage, and campaign biggies rejected that advice. Would that mean the campaign sponsors agreed with the suggestion, or did not?

The answer may well be: whichever conclusion is more damning. And if the judge doesn't find the sponsor's motives to be sufficiently benign, the voters may well be damned. As for Walker's contention that campaign consultants Frank Schubert and Jeff Flint forfeited any claims to proprietary information because they wrote a magazine article that discussed strategy, well, the judge knows better. If you flash your ankle, you don't have an obligation to bare your thigh.

Bob Stern, president of the Center for Governmental Studies, could not think of a similar court ruling requiring a campaign to hand its strategy papers over to the opposition. Nonetheless, he mused, "There is no campaign consultant-client privilege."

"It could have far-reaching ramifications," Stern added. "It could clean up campaigns a little bit. It could drive things underground."

It almost certainly will lead to more lawsuits filed by ballot-box losers. As Proposition 8 attorney Chuck Cooper told me, "I cannot imagine that what is sauce for the goose will not also be sauce for the gander."

Call it the tort-ification of elections, as those who lose at the ballot box go for another bite at the apple through the bench. Today, it's the Proposition 8 opponents. Tomorrow, it could be environmentalists or civil libertarians.

In May, the California Supreme Court upheld Proposition 8 in a 6-1 decision. Chief Justice Ronald George wrote that the issue before his court was the "right of the people" to change the state Constitution regardless of whether "the provision at issue is wise or sound as a matter of policy or whether we, as individuals, believe it should be a part of the California Constitution."

Walker chose a different path. He will determine if the "intent" of the backers was sufficiently pure. Whatever he decides on that issue, Walker's ruling would give the campaign's losers an inside track on how the other guys won.