It Won't Cost Anything! -- And It Won't Change Anything 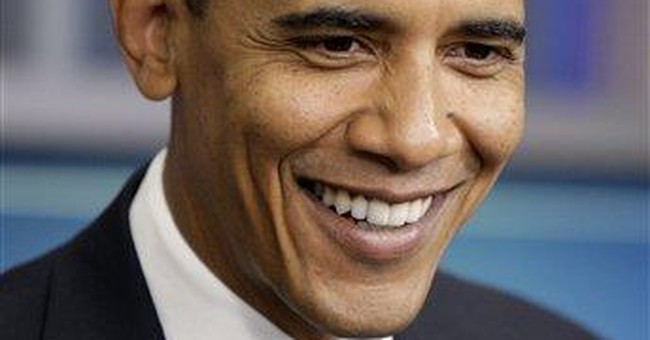 So forgive me if I am skeptical when Obama -- who called it "painful" to squeeze one half of 1 percent from the gargantuan federal machine -- claims, as he did at Wednesday night's news conference, that two-thirds of his plan to provide universal access to health care for Americans "can be paid for by reallocating money that is simply being wasted in federal health care programs."

What shocks me is how smart people actually buy into the notion that the administration can expand health coverage and that it will not -- indeed, should not -- cost most taxpayers a dime.

As Kaiser Family Foundation President Drew Altman wrote, "Our polls show that most Americans (60 percent) think that if policymakers made the right moves they could cover the cost of health care reform without spending new money, which is not true."

Or try this from David Koitz of the nonpartisan fiscal watchdog group the Concord Coalition: "Standing alone, expanded insurance coverage means expanding access to health care and that will likely increase health spending overall. The efforts in Massachusetts mandating that its citizens have health insurance show that simply expanding the availability of insurance does not contain costs. If anything the evidence from its brief existence suggests the opposite. Over the past year, the state has had to raise taxes and fees to keep the new program afloat, and government and industry officials believe the program will not survive over the next five to ten years if major actions are not taken to slow the state's health care spending."

Feel free to re-read that quote, and you will see the wisdom in Washington taking its time to pass what Obama calls health care "reform."

Everything I've seen so far suggests that the package is too good to be true. ABC's Jake Tapper said to Obama, "understandably -- you don't talk about the sacrifices that Americans might have to make." He then asked whether the American people would have to give up anything to pay for Obama's cost-cutting plans.

Those of you with memories might recall that the 2008 Democratic primary was a nonstop repudiation of George W. Bush's failure to call for "sacrifice." Now that a Democrat is in the White House, you can forget that silly notion.

Sacrifice? Ha. Obama's answer began: "They're going to have to give up paying for things that don't make them healthier." Now that's leveling with the American people.

More specifically: "If there's a blue pill and a red pill, and the blue pill is half the price of the red pill and works just as well, why not pay half for the thing that's going to make you well?"

As Obama explained, "The system right now doesn't incentivize that." Forget for a minute that in Obamaland, HMOs and insurers have no monetary incentive to require generic prescription drugs, which of course work as well as name brands.

The larger issue is that American voters should feel insulted that their president apparently thinks they are so gullible as to believe that there is a health care free lunch. Also, his administration will know what is better for you than your doctor.

In an interview with New York Times columnist David Leonhardt published in May, Obama used his blue pill/red pill analogy. Questioned further, however, Obama named an operation that maybe, conceivably his administration would not cover -- the hip replacement given to his grandmother after she was diagnosed with cancer.

Her doctor believed that the 86-year-old Madelyn Dunham only had three to nine months to live, the president said, but that without the operation, her quality of life would be terrible. Dunham had the hip replacement and then died within weeks. Obama said he would have paid for the surgery because she was his grandmother, but "whether, sort of in the aggregate, society making those decisions to give my grandmother, or everybody else's aging grandparents or parents, a hip replacement when they're terminally ill is a sustainable model is a very difficult question."

And: "So that's where I think you just get into some very difficult moral issues. But that's also a huge driver of cost, right?"

Obama suggested "a conversation that is guided by doctors, scientists, ethicists." Be it noted Dunham's doctor thought the surgery was in her best interest, and Dunham apparently agreed. That seems like conversation enough for me. Who needs a panel?

Obama also said that under his reform, government will stay out of health care decisions. But then how can Washington cut health care costs as promised?

ObamaCare isn't an easy-to-fill prescription for the half-price-but-just-as-good blue pill. The real product under the safety cap is snake oil.