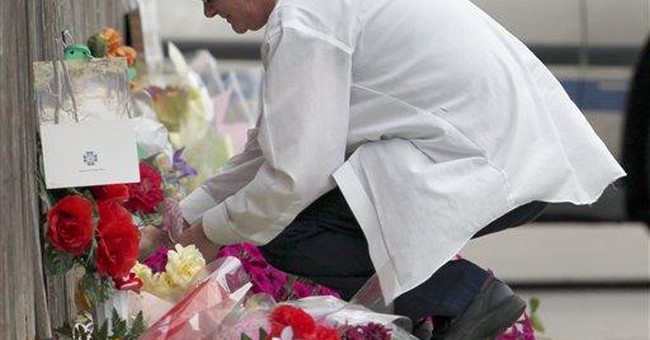 If law enforcement officials believe they can prove that Scott Roeder is guilty of Sunday's shooting death of abortion doctor George Tiller at the Reformation Lutheran Church in Wichita, Kan., then they should work to put him away for life. Roeder is being held on first-degree murder and two counts of aggravated assault.

In killing Tiller, the gunman did more than commit one violent act that ended a man's life. The murder also served to intimidate abortion providers -- and perhaps chase some professionals out of the practice altogether. Thus by use of murder, the shooter set out to achieve that which he could not achieve through the democratic political process.

Boulder, Colo., abortion doctor Warren Hern called the killing "a political assassination in a historic pattern of anti-abortion political violence. It was terrorism," according to the Associated Press.

Unfortunately, the National Right to Life Committee issued a statement that lacked Hern's clarity and outrage. The statement extended sympathy to Tiller's family, then condemned "any such acts of violence regardless of motivation. The pro-life movement works to protect the right to life and increase respect for human life. The unlawful use of violence is directly contrary to that goal."

I understand that anti-abortion activists considered Tiller's practice of late-term abortions to be heinous in and of itself -- and they had a moral argument. But that moral argument is undermined by the shooting of a doctor -- in a church of all places.

And it doesn't help when Randall Terry, an anti-abortion activist, tells reporters, "George Tiller was a mass murderer. We grieve for him that he did not have time to properly prepare his soul to face God. I am more concerned that the Obama administration will use Tiller's killing to intimidate pro-lifers into surrendering our most effective rhetoric and actions." Most effective actions? Like shooting people?

Any responsible anti-abortion leader should have nothing to do with Randall Terry.

Mary Kay Culp, the head of Kansans for Life, had a better take when she told Time Magazine, "We work through the legislative process. This is bad because it's murder and bad because it's a threat to the integrity of an important issue."

The timing could not be worse for the anti-abortion movement. Just last month, the Gallup Poll reported that 51 percent of Americans now call themselves pro-life rather than pro-choice on the issue of abortion. This murder occurred as the anti-abortion message seems to be resonating with the public, even if it does not necessarily prevail in court.

Last year, a Kansas grand jury declined to indict Tiller on charges of violating state abortion laws, although it noted that a review of medical records "revealed a number of questionable late-term abortions." In March, Tiller was acquitted on charges that he failed to get an independent second opinion -- stipulating that continuing a pregnancy would make the woman suffer "substantial and irreversible impairment of a major bodily function," as required by Kansas law -- before performing 19 late-term abortions in 2003.

Asked about late-term abortions, Stanford Professor William Hurlbut, who sits on the President's Council on Bioethics, told me he believes doctors shrink from performing late-term abortions, not out of fear of intimidation, as Hern suggested, but because the procedure goes against the "impulse to heal." He noted the "two contrary impulses -- killing and nurturing" in having doctors perform abortions. And: "The later abortion is, the more evident and vivid that contrast is."

That's a discussion for another day.