To Edwards and Palin: Cork it 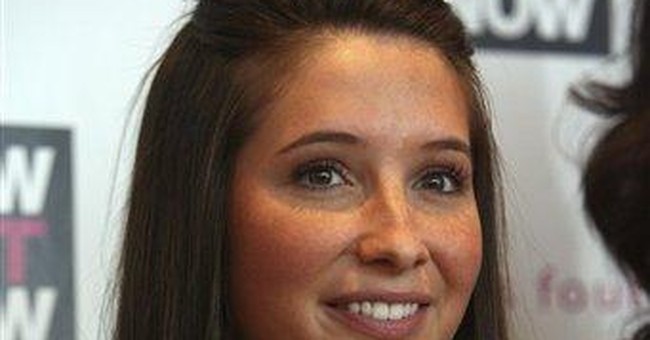 Elizabeth Edwards always seemed like the yin -- a genuine human being -- to her smarmy husband's too-slick yang. No more. With the release of her memoir "Resilience" and self-flagellation book tour about her life with her cheating hubby, Mrs. E now seems about as believable as her husband. That is: Add the prefix "un."

No one should expect the wife of a man with Edwards' hobbies to be completely forthcoming -- which is why she never should have written the book. Unless she had decided to show him the door -- or if she had come out and said that she loves the $400 haircut and that's that -- the memoir was bound to disappoint.

Lacking the stomach to read the tell-little tell-all, I get my quotes from Elizabeth Edwards' appearance on "Oprah" last week. Mrs. E. presented a hard-to-swallow story about her husband's confession about his relations with a single woman that seems carefully calibrated to protect what is left of the couple's political credibility.

How could the fiercely partisan Elizabeth have told Democrats to support her husband for president when she knew that, if he won, news of the affair likely would have killed her party's chances for victory in 2008?

Timing is everything in such matters. So the Edwards' story is that he cheated when her cancer was in remission. (Sadly, it has returned with a vengeance.) And: She did not know about the affair when Edwards announced his White House bid in December 2006. He told her two days after the announcement. By then the deed was done, although she did tell him she wanted to end the campaign.

He said he did it "only one time" -- so it doesn't look that bad that Elizabeth kept talking up John Edwards as if he were Husband of the Year.

"I think he's as surprised by his behavior as I am by his behavior," Edwards told Oprah Winfrey. Hard to believe, since Edwards also said that she asked her husband to be as faithful as a wedding gift. That's not the request of a woman who trusts her man.

Why did he cheat? Winfrey asked. On the talk-show circuit, the urge is strong to feed the notion that men cheat for some deeper reason other than sex. Or, as happens, affection. Or because they think they can get away with it.

"I don't think he knows," Elizabeth answered. Then John Edwards must be truly clueless. And it brings me back to 2004, when Democratic nominee John Kerry chose Edwards as his running mate. Edwards had little political experience -- he had not yet completed his one term in the U.S. Senate. He voted for the war in Iraq when it was popular, then later boasted at a 2007 Democratic primary event, "I think I was the first, at least close to being the first, to say very publicly that I was wrong." He was an issues lightweight chosen to serve one heartbeat away from the Oval Office.

So to all of you who tut-tutted about John McCain's running-mate choice last year, note that Kerry handpicked a Sarah Palin in pants.

As for Palin, you would think that the Alaska governor would have managed to prevent her 19-year-old daughter Bristol, an unwed mother, from advocating for sexual abstinence as Teen Ambassador for the Candie's Foundation. It is not merely incongruous for the young mother to preach what she clearly did not practice -- it also defies common sense to do so, thanks to the sponsorship of an underwear outfit with the sales pitch of "I want my Candie's."

The anti-role-model role-model approach kills the message. Young Palin may warn that being an unwed mom is impossibly demanding and, by the way, not good for dating, but her kid ambassador role tells other teens: Have a baby and you, too, can be on TV.

Elizabeth Edwards and Bristol Palin are sympathetic characters. Edwards was wronged too publicly, while Palin's privacy has been yanked away during the most mistake-ridden years of life. You want to root for them -- until their self-serving version of events threatens to make you complicit.