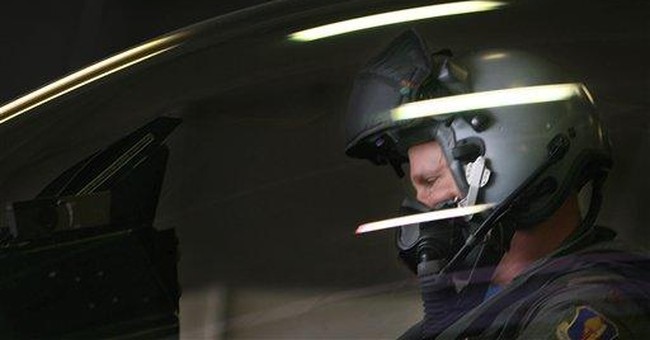 Once again, San Francisco politicians are poised to thumb their noses at the U.S. military. Tonight, the school board will vote to follow up on a 2006 measure to kill high-school Junior Reserve Officers' Training Corps programs, if a tad more slowly than planned.

If it passes, the message to the rest of America will be clear: The Special City is too precious for the U.S. military.

Worst of all, if the board votes to end JROTC, it will have voted to deprive the very students whom schools are most likely to fail by yanking the one school program most likely to save them. Fringe politics first, at-risk students last.

Michael Bernick, a Harvard-Oxford-Berkeley educated lawyer, has become an unlikely champion of JROTC at S.F. public schools. He never served in the military. He's a Democrat who is against the Iraq war. Not only is he no fan of the military's "don't ask, don't tell" policy -- a phony reason cited by the school board as the reason to terminate JROTC -- Bernick also was the author of the 1992 BART domestic-partner ordinance.

Bernick has become a leader in the fight to save JROTC because of his experience with community job training in San Francisco and as director of the Employment Development Department under Democratic Gov. Gray Davis.

"To me, JROTC is the best job-training program, job-preparation program that is offered by the schools," he said. "It provides the skills that employers are looking for: teamwork, on-time performance. It even improves basic literacy and math skills. Surveys show that employers are not looking for specific skills, but employees who have the motivation, drive, self-confidence and ambition to help their company move forward. Nothing teaches that like JROTC."

I will posit that many San Francisco students -- kids who play on the soccer team, take private piano lessons and have a list of universities to which they plan to apply -- may not need JROTC. Yet Bernick told me his son benefited from it.

Dump JROTC, however, and disadvantaged students -- kids without fathers in their lives, for example -- really lose. In Bernick's experience, "This is a program that takes a wide variety of students, including a lot of students who don't have other structure and activities, and has very dramatic impacts in terms of helping to build that structure, motivation and focus."

SFUSD Board President Mark Sanchez -- who is intent on eliminating JROTC -- argues that the district will develop a similar program, but without the yucky military flavor. Sanchez, however, is not willing to wait to see if a non-military replacement program actually works for students, as a special task force recommended. He wants to ignore the task force and begin dismantling JROTC now. Tonight's vote would call for terminating two of seven high school JROTC programs and prohibiting all ninth-graders from enrolling.

JROTC without the military? Bad idea. As Bernick noted, "It cannot be untethered from its military structure, because it's precisely that emphasis on the military values of teamwork, achievement, individual responsibility and drive that make the program so effective, especially for young people who may not have other structure or direction in their life."

Also, JROTC works because of the veterans who lead it. Kids like straight talk and a challenge.

The school board has changed since the 2006 anti-JROTC vote. Tonight, San Franciscans will learn if this new board cares about students -- or enforcing political correctness.

How it must rankle Sanchez that San Francisco students have the cheek to reject his ideology in favor of a program that pushes personal responsibility, punctuality, neatness, discipline, chain of command and even -- Goddess forbid -- love of country.

The San Francisco school board has been tolerant of many things -- seniors who can't pass the state exit exam and students who mouth off at their teachers. But students who sign up to wear uniforms, attend drills, learn about the responsibilities of citizenship and strive to incorporate the skills they need to get ahead -- that's a choice Sanchez doesn't believe San Francisco students should be allowed to make.