Boomsday -- but Days Away 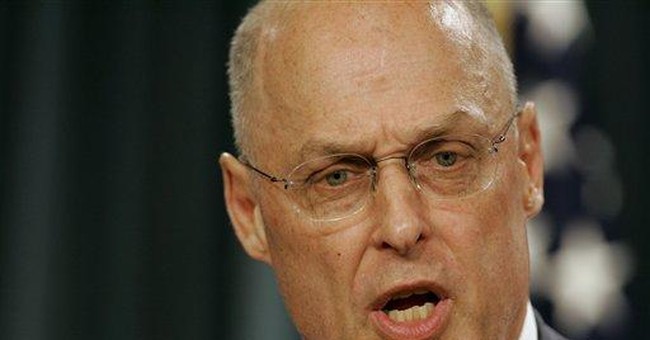 When Cassandra Cohane, 17, won admission to Yale University, she believed that her years of power-studying had paid off. Wrong. Her father had sunk her college savings into a dot-com. With the money gone, Frank Cohane suggested that his daughter enlist in the military to pay her tuition. Twelve years and one name change later, Cassandra Devine is an angry blogger who, hopped up on Red Bull, NoDoze and Nicorette gum, incites riots at golf courses and gated communities as Gen Wers (members of Generation Whatever) protest the massive financial burden they carry in order to maintain the Un-Greatest Generation -- my generation -- in the style to which it has become accustomed.

That's the setup for Christopher Buckley's satirical novel "Boomsday." Boomsday, the novel tells us, is a term economists use for the date when America's Baby Boomers begin to retire. Or, as Devine sees it: "Mountainous debt, a deflating economy, and 77 million people retiring. The perfect economic storm."

While the novel does not tell readers the exact year in which Devine's blogging causes an uproar, in real life, Boomsday is a mere months away.

According to Harry Zeeve of the bipartisan budget watchdog group The Concord Coalition, Boomsday falls some time next year, as the first Baby Boomers become eligible for early retirement at age 62 in 2008.

Things will only get worse. The Concord Coalition figures that by 2018, Social Security will spend more than it takes in. (Medicare already spends more than it takes in.) In 1960, there were 5.1 workers for every one retiree. Today the ratio is 3.3 to one. By 2040, it will shrink to 2.1 to one.

In "Boomsday," the Bank of Tokyo, for the first time ever, declines to buy new-issue U.S. Treasury bonds. A Concord Coalition chart shows how the percentage of public debt owned by foreigners has risen from 17 percent in 1987 to half in 2006. ("They don't have to stop buying our debt," Zeeve told me. "They only have to slow the rate at which they're buying our debt for us to start to feel it.") Economic collapse and generational warfare follow.

Washington responds by raising payroll taxes -- to 30 percent of payroll on workers under age 35. With the super-sized deficit serving as Gen-W's Vietnam, young workers burn their Social Security cards in protest.

The book is funny. Reality isn't.

President Bush has made matters worse -- by pushing yet another entitlement, a prescription drug program that spends more than it takes in. With the 2008 presidential election looming, Washington won't touch entitlement reform until 2010 -- if then.

It doesn't help that Washington politicians know that older people -- the folks most likely to get more money from Social Security than they paid into the system -- vote. Which means Washington may not try to implement reforms to avoid federal bankruptcy until it is so late that any fix will be exceedingly painful. And extremely necessary, as the Congressional Budget Office estimates that entitlement spending and interest payments will consume 100 percent of federal revenues in 2020.

I know this column will elicit e-mails from readers who believe that Washington can fix the budget by cutting fraud, waste and abuse. That's simply not true. Washington has over-promised so much that big program cuts -- and while it pains me to admit it, perhaps big tax increases -- will be necessary to avoid a federal fiscal meltdown.

The Concord Coalition argues that Washington needs "a fiscal wake-up call." But as long as the Un-Greatest Generation produces politicians who get elected to higher office by spending more than the government takes in, that call will never happen. Buckley says he wrote the book as "a father of an 18 year old and a 14 year old who are going to spend a large chunk of their working lives paying off the debt incurred by my generation and the ones that went before."

And, "What happened to the concept of bequeathing our children a better world?" The answer: That was for the last generation. Not us.