What Liberals Dream Of 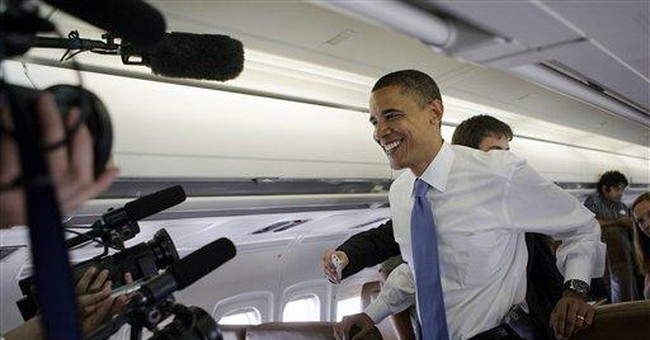 Conservatives are in a funk—one that threatens to turn into a full-blown retreat from the battlefield of ideas.

Everywhere I turn I encounter conservatives ready to give up for the next few years. After all, many of us rightly feel a bit betrayed by our elected officials given how badly they performed over the past few years. And many conservatives are hoping that two or four years of liberals actually running things will wake America to the dangers they face.

It’s hard to blame people who feel that way, but they couldn’t be more wrong.

Even a mere two or four years of liberal ascendency in Washington policymaking could do immeasurable damage to our economy and our freedoms—damage that could take years or decades to repair, if ever. Once a liberal policy is in place it is almost impossible to reverse it.

Don’t think that a few years of liberals in charge is that dangerous? Just take a moment to consider what liberals dream of doing once they gain absolute power.

There is no aspect of our lives—none—that today’s liberals concede is off limits to the meddling use of government power. In their vision there is no dividing line between the public sphere and the private sphere. Limited government is a concept that makes no sense to them.

A great example of this phenomenon is Time magazine’s columnist Joe Kline’s recent proposal. Kline just recently called for—get this—a reduction or elimination of the use of air conditioning in America. (This is a measure that would be wildly popular in Arizona, Texas, and Florida I’m sure).

Air conditioning, you see, consumes 4% of the energy used in this country, and thus by his lights has become a serious threat to national security. Wars may soon be fought over air conditioning—or at least the energy we use to power it—so we must reduce or eliminate its use.

Air conditioning also adds to global warming, makes us more dependent upon foreign oil, and not coincidentally annoys the heck out of Joe Kline, who happens to like it warm or even hot and muggy.

Kline’s proposal is a perfect example of how liberals think: turn a personal goal or pet peeve into a matter of public concern, and then advocate the use of government power to achieve the desired result.

Kline’s vision is no mere pipe dream. You may recall that California’s Energy Commission recently sought control over every thermostat in the State as a means to save energy. And both the national and many state governments are mandating “renewable” energy and “renewable” fuels as part of the energy mix for the future.

Energy policies are just the tip of the iceberg—although control over energy gives government control over pretty much the entire economy already.

In a world run by liberals literally no aspect of our lives will be outside the legitimate regulation of government. That is because anything—even what temperature you like to keep your house—can be turned into a matter of legitimate public concern.

Everything we do, including breathing, eating and of course procreating, can be argued to have an impact on those around us or the great mother earth. And if it affects others, it can and should be regulated by those who know best, at least according to the liberals.

Liberals want to regulate just about everything: where we live, what fuels we use, what car we drive, whether we can drive or be forced to use government mass transit, where we send our kids to school, what doctor we see, and even to what extent we express our approval or disapproval of others’ lifestyles. It’s hard to find something liberals don’t want to regulate.

Is that a world you want to live in? A world where all our liberties are subject to the slightest whims of lawmakers and regulators?

Whatever our personal feelings, conservatives simply can’t afford to indulge in the funk many of us have fallen into. The price we pay for handing absolute power over to liberals is just too high.

What’s at stake are the very concepts of personal liberty and limits to government power.

We can’t afford to just walk away from this fight.