Biofuels: Poison for the Poor? 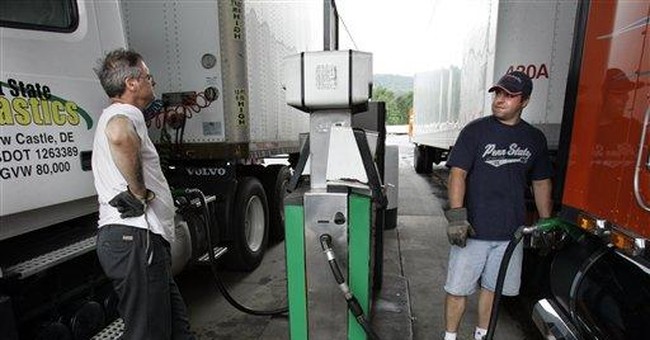 Two years ago, Ethanol and Biodiesel were being touted as the solution to our “addiction” to oil.

After all, wouldn’t it be better to grow our fuel than simply pump it out of the ground at exorbitant rates?

Appealing as that idea sounded, it has turned out to be a big mess threatening to get bigger by the day. A new coalition of—believe it or not—environmentalists and advocates for the poor have started raising tough questions about the tax breaks, subsidies and mandates that have fueled the growth of the Ethanol and biodiesel industry.

Ethanol, it turns out, may be great politics in Midwestern corn growing states, but it is terrible environmental and economic policy. As more and more food is diverted from human consumption to producing fuel, prices for basic food are skyrocketing around the world. Deforestation is on the rise as third world countries try to cash in on the boom, and violence has broken out as small landholders are being kicked off their land to make way for large palm oil farms.

A coalition made up of Oxfam, the World Wildlife fund, and other groups is raising concerns about the current rush to replace fossil fuels with biofuels. Increased Ethanol production has led to a spike in corn prices that has caused food shortages in third world countries, including our neighbor to the South, Mexico. African and Asian countries that are currently unable to produce enough food for their own populations are clearing cropland to supply Ethanol for Europe’s new mandate of 10% Ethanol in all their gasoline.

The environmental benefits of using Ethanol are miniscule to non-existent—some estimates even show that it takes more fossil fuel to make a gallon of Ethanol than it yields as a fuel. Water resources are being stretched to the point of disaster, and food prices are spiking across the world. The Japanese car companies warn consumers to avoid biodiesel as it lowers the life-span and efficiency of their engines.

A new cost-benefit analysis jointly produced by the Brookings Institution and the American Enterprise Institute estimates that eliminating the subsidies and mandates would save taxpayers and consumers billions of dollars over the next decade.

The solution to this problem is simple: lift the subsidies and mandates and let consumers choose the fuel they want to put in their cars. Better yet, lift the restrictions on domestic oil production that limit drilling in Alaska and the Continental shelf that artificially distort the market and drive fuel prices up.

As usual, government “solutions” to our woes have made things worse, not better for the average person. When government gets into the job of picking winners and losers, you can almost be certain that the loser will be you.