Freedom is lost one bit at a time 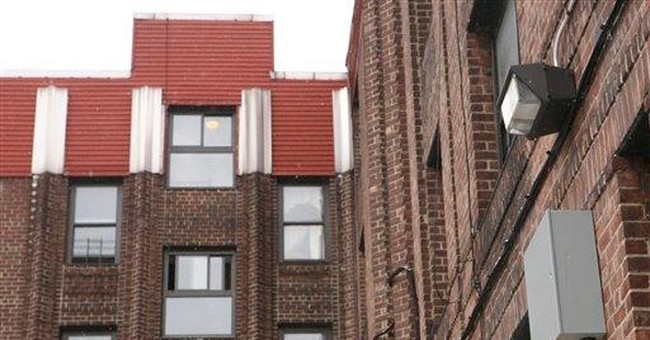 Imagine this: in 1776, the Founders of our country concluded that the most important means of communication—at that time the printing press—was so vital to the economic and political development of America that they decided to issue, along with the Declaration of Independence, a national office of printing presses that would supplant the existing free presses of the day.

Any free rational individual at the time would have risen up in opposition, justifiably accusing the founders of hypocrisy, and of setting up the conditions of tyranny by using a government-subsidized press to squeeze out the free and open media of the day. The revolutionaries would have first turned on their leaders, before taking on the British Redcoats.

Well, what was impossible then is becoming increasingly the reality today.

Not possible, you say, in America? Think again.

Municipalities across the country are setting up municipal wireless, cable, internet, and telephone systems to directly compete with those operating in the free market today. Already most cities “franchise” cable companies to provide exclusive cable access to homes within their jurisdictions, and were it not for off-air and satellite companies there would be no competition for your cable TV already. And in exchange for those franchises, municipalities routinely demand concessions such as cable-access channels, broadcast of municipal TV shows, and even sometimes outright bribes such as upgrading city streetscapes or other such nonsense.

In short, governments already have too much control over the means of communication.

The new trend, though, is to get into the business of communications services themselves. Several cities have set up municipal wireless systems—which have been largely huge financial failures—and now some are getting into the “fiber optic to the home” business.

These government-run, government-owned, or even government-licensed services are not just financially stupid, but in fact a direct threat to our liberties. Just as government-owned, government-subsidized, or government chartered newspapers would have appalled our founding fathers, the idea of giving over control to the government the most important means of communication in present-day America—telephones and internet access especially—should be repugnant to all who cherish liberty.

Imagine your email residing on government-controlled servers. Your purchase records, your phone records, your television watching habits—in fact, pretty much the most private and intimate information about you—being held directly in the hands of your local government officials.

That is what is being proposed, whatever the advocates of “reduced price” (government subsidized) telephone, television, and internet access say they want to provide. In exchange for a bribe (using YOUR tax dollars), they will soon be asking you to surrender your privacy and eventually your liberty to their tender mercies.

Does anyone really believe that these systems could possibly remain private in such a situation?

In today’s competitive marketplace, communications providers have an enormous incentive to protect your privacy. If they don’t, you have options. Cable competes against DSL, Satellite competes with both, and as the economics change to a more favorable environment perhaps wireless providers will move into the market as it matures and promises profitability.

A government-run system, though, has the ability to dip into tax dollars to hide the actual cost to consumers. You will wind up paying for the system in your property or income taxes, but the subsidized rate will make private providers poor competitors with the developing government monopoly. They will become bit players—or perhaps cut a deal with the government just to maintain their businesses.

In many ways this seemingly benign trend—to “move municipal infrastructure into the 21st Century” some would say—could turn out to be one of the greatest threats to our liberty in our times.

Liberty is rarely lost in one fell swoop. It erodes little by little, bit by bit, as we cede control of ever increasing parts of our lives to government control and regulation. This trend, however benign it appears to most observers, is perhaps the greatest long-term threat to our liberty today. Controlling the communications high-ground—bandwidth to consumers—should never be put into the hands of government officials, or any monopoly for that matter.

Government officials are asking you to make a false and dangerous trade: supposedly “lower” prices (actually subsidized by your tax dollars) in exchange for your very freedom. It’s a fool’s bargain.

Only the free market—which will directly respond to consumers’ desire for privacy, offers any hope at all for keeping the communications market both free and private. Consumers will flee service providers who won’t maintain their privacy—that is, unless they no longer have the option when government controls the market.

So when your city or county suggests to you that they get into the communications business—to save you money, of course—you should give them one answer and one answer only: hell no!