The Formula for Republican Victory 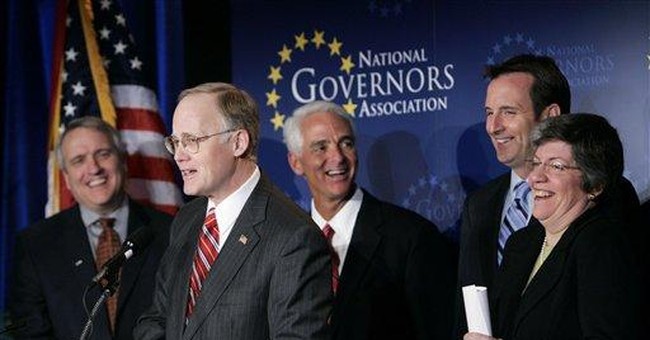 November 8th 2006 was a pretty depressing day to be a Republican, no matter where you lived.

In Minnesota, though, the news was especially gloomy. In just 4 years the Republicans had managed to turn a huge political windfall—82 seats held in the 134-seat Minnesota House, a near tie in the Minnesota State Senate, and retaking the Governor’s chair after a 4-year hiatus caused by the peculiar victory of Jesse Ventura—into near total electoral disaster.

When the dust cleared the morning of November 8th, Minnesota Democrats (known here as the Democrat-Farmer-Labor Party, or DFL) held 85 seats in the Minnesota House and 44 in the Minnesota Senate—nearly 2/3rds of each body’s members.

And Tim Pawlenty, once seen as a rising star in the Republican Party barely squeaked back into office against one of the most profoundly flawed and disliked DFLers in the state. Pawlenty survived, but appeared mortally wounded to many political observers around the state. As the sole Republican survivor (Republicans lost control of the Secretary of State and the State Auditor’s seats, as well as control of the House), Pawlenty’s future seemed tied to accommodating the new Democrat reality in Minnesota.

What a difference a few months makes! Governor Pawlenty is riding high, the seemingly invincible DFL majorities are in disarray, and rumors abound about significant leadership changes in both the House and Senate Caucuses.

What made the difference? Two things: the near suicidal arrogance of the DFL majorities in trying to push their agenda through, and the ability of Governor Pawlenty to veto DFL bills while rallying his dispirited troops to stand behind him.

The Democrats did much of the heavy lifting for Governor Pawlenty. They not only proposed a radical agenda ripe for vetoes, they did so while breaking just about every promise they made during the campaign. After promising a modest agenda with few or no new tax increases, the DFLers proposed over $5.5 billion in new taxes, including a proposal to impose the highest tax rate in the nation.

Spending went up even faster under their proposals—not only were they going to gobble up all that new tax revenue, but they were proposing maxing out the state’s credit card with a huge bonding bill filled with pork projects for their members.

Add to these policies the insult of trying to roll back key elements of welfare reform, extend the vote to non-citizens, and provide in-state tuition to illegal aliens.

In short, opposing the DFL agenda was not tough going politically. Even where you think the Democrats might trump the Governor, on issues such as increasing education spending, it turned out that they couldn’t compete. Spending pressures by liberal interest groups were so great that the final DFL education proposal actually increased general education revenues by only 3/8ths of what the Governor had proposed! Not exactly the huge boost in spending for a starved system they had promised.

The genius of Governor Pawlenty’s strategy was based upon its simplicity and nearly failsafe nature: let the Democrats propose what they really want, carefully articulate his own position, and wait for the Democrats to pass their legislation.

The very simplicity of the approach stunned the DFL majorities. They had believed that their majorities assured legislative victories and their inattention the Constitutional powers of the Governor cost them every major legislative battle during the legislative session.

By the time the session was over, the State Budget that passed actually grew more slowly than Pawlenty had proposed. The Republicans were united, Conservatives energized and even optimistic, and the Democrat majorities were left in a shambles surrounded by angry activist groups who had been promised government largesse.

There is a lesson to be learned here: Republicans succeeded despite their huge legislative defeats because they united behind their principles, stood up to the Democrats and their crazy liberal agenda, and had the courage to say NO!

When the final compromises had to be made, Pawlenty and the Republicans were able to do so from a position of strength, not weakness.

All because they had the courage to stand up for principle. That is the formula for success.