Barack Obama—Administrator: A Story of Tomorrow 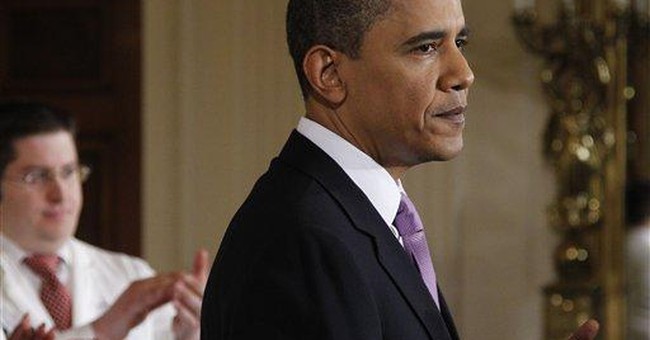 Did you know that the word, “manufacture” is from the Latin and literally means: “to make by hand?” Of course, the term has long since been connected with things made by machines. The word no longer means what it meant.

Language—any language—is like that. “Brave” used to mean “cowardly.” Really. And “nice?” Well, it originally meant, “not to know,” or another way to say someone was ignorant.

Etymologists—those who study word origins and meanings—tell us that words change for several reasons: generalization—specialization—degeneration, to name a few. Now, apparently, we must add politicization to the list of word-changers. Most of the time, such linguistic morphing is subtle and hardly noticed. But right now before our eyes, a very good word is becoming something quite unlike what it originally meant.

Reconciliation—a word rich in nuance, meaning, and historic impact; a term that has for centuries indicated the removal of barriers and the restoration of relationship—may be rendered virtually meaningless soon. What is now being planned for the whole health care fix in this country, all other avenues having failed those who just know they know better than the rest of us, will likely come to pass in some form via a political process now known famously as Reconciliation.

George Orwell would be proud. What once meant the end of hostility and all parties coming together in good will, soon will likely stand for the raw exercise of party and power politics. And in the process it will leave in its wake anything but the fruit of real reconciliation. In fact, all indications are that we are on the verge of entering a fierce period of vituperative political conflict—one even worse than what we have recently seen.

Yes, I understand that, in this case, the word is being used in an accounting sense. But when you “reconcile” your bank statement, isn’t that also called “balancing?” Where’s the balance in such a political maneuver?

Of course, the idea—and in fact, the practice—of reconciliation in matters of legislation has been around for more than 35 years. And the process was used in the past by Republicans, giving some credence to the charge of hypocrisy now being hurled by the Democrats. But a closer look at matters handled in the past via the Byrd-rule suggests that nothing prior even comes close to comparing to what is being suggested and orchestrated now—a takeover of one-sixth of the U.S. economy.

It’s all part of that “fundamental transformation of America” that was being talked about in 2008.

In the past, the opposite of reconciliation—in fact, a key reason for the term’s existence in language—was alienation. Now, however, reconciliation will not be healing alienation, rather it will be exacerbating it. And what is striking and enduringly frustrating about the whole thing is that at every turn Americans have been sending not-so-subtle signals to those breathing the rarified air inside the Beltway. The message has been consistent and persistent: Read our lips—no new Health Care. The things that are weak in our current system can be fixed, not by moving away from market-based economics, but by creating incentives for the market to fix itself.

One particular thing that makes my skin crawl every time I hear it is this idea that under Obamacare all Americans who are happy with their current health care can keep things as they are. While theoretically (i.e., outside the actual real world) this may sound reasonable and reassuring, the facts speak otherwise.

Most Americans did not choose their current coverage—their employers did—or, at least, some entity within the business, corporation, or union organizational structure. That means that decisions about future coverage will not be in the hands of employees, but rather such decision makers. And if a business owner or CEO sees a better deal, or feels pressure to alter the plan—does anyone really think a mere employee has much of a say?

Why, then, the big push in the face of overwhelming political ill will? The only reasonable answer is that those pushing the Obamacare agenda have made up their minds that they know best and that those opposing the measures are simply ignorant. In other words—it’s arrogance.

And when political arrogance meets perceived public ignorance, it can only mean one thing: The spirit of Woodrow Wilson is back at 1600 Pennsylvania Avenue.

Like the professor who knew better way back then, Mr. Obama and company honestly feel that if this thing can be passed, even by the thinnest of razor margins, Americans will ultimately like enough of the plan once implemented that they’ll tend to embarrassingly forget what all the fuss was about. They are also banking on the fact that once a generation grows accustomed to a certain entitlement, it is almost impossible to reverse it.

But Woodrow Wilson learned a thing or two the hard way about the folly of political arrogance. Self-assurance, crusader-zeal, and personal charisma can only carry a politician so far. History shows that leaders who rely on such traits long-term are eventually devoured by them. One day the cheering actually does stop.

Interestingly, such arrogance also smacks of something out of a work of fiction that flew close to the flame of fact nearly 100 years ago. Published anonymously in 1912, the year Mr. Wilson was elected as the 28th President of the United States, was the novel “Philip Dru—Administrator: A Story of Tomorrow, 1920-1935.” The author was actually Edward House (he was referred to by the purely honorific “Colonel” House), a man who became Woodrow Wilson’s alter ego—he was the Rahm Emanuel of the day, only much better at it.

The book tells the story of a man, Philip Dru, who becomes the dictator of America—but as a despot he was of the benevolent sort (I told you it was fiction). He was a leader who took unprecedented power, only doing so for the good of the people. Father knows best. In the book’s dedication, House wrote:

“This book is dedicated to the unhappy many who have lived and died lacking opportunity, because, in the starting, the world-wide social structure was wrongly begun.”

One gets the feeling that the ghosts of Philip Dru, Edward House, not to mention Woodrow Wilson are not merely haunting the halls of the White House these days.

In fact, they’re part of the team.

The Big Lie Is That Cheney Is Still A Republican
Townhall
Dr. Fauci shifts the goalposts yet again, this time to another field in a different state
Twitchy
BREAKING: State of Emergency Declared in 17 States and D.C. After Pipeline Cyberattack
Redstate
It’s Cool if You’re a Violent Antifa/BLM Rioter but Don’t You Dare Take a Selfie at the Capitol
PJ Media