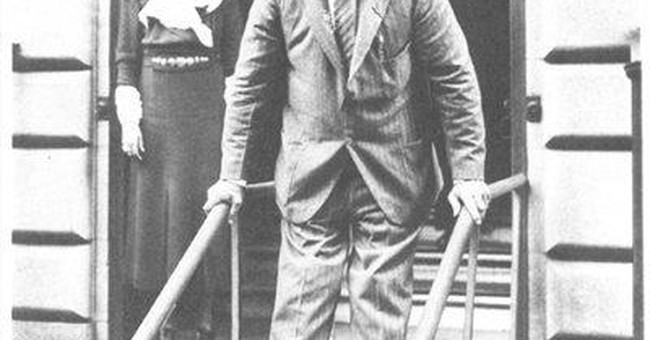 In the immediate aftermath of the Bay of Pigs fiasco in 1961, President John F. Kennedy stood before the nation accepting the total blame for what had happened. He referred to an old saying about victory having a thousand fathers, but defeat being an orphan, and identified himself as the responsible officer in the government. Even though the whole initiative had been first devised and planned by the Eisenhower administration.

In the 19th century, a British politician stood in Parliament and remarked that trying to get his particular point across was akin to flogging a dead horse to make it pull a load. We call this beating a dead horse today. And every time President Obama or a member of his administration plays the blame Bush card, he is beating that proverbial dead horse. It is also getting really old.

Everyone on Facebook has an information page and there is an entry labeled “relationship status.” Some mark “married” or “in a relationship,” others say “single.” Then there are those who put: “It’s complicated.” When it comes to Presidents and those who come before or after, it’s really complicated. Some chief executives have managed to rise above the propensity for personal paltriness—others, not so much.

And it goes way back.

Thomas Jefferson, who ran a particularly aggressive campaign against former-and-would-be-again-much-later friend, John Adams, in the 1800 race, continued the attack on his predecessor well into his own presidency. He regularly smeared Mr. Adams for maladministration of presidential powers, though apparently willing to benefit from things Adams had done that he had opposed at the time. The anti-military, anti-big government Jefferson, had no qualms about using navy Adams had built (opposed by TJ) to deal with the Barbary Pirates; nor did he hesitate to use broad executive powers in the whole matter of the Louisiana Purchase—the kind of action candidate Jefferson would have likely decried as tyrannical.

Democrat Andrew Jackson wouldn’t even pay a courtesy call on outgoing President John Quincy Adams. Mr. Adams then refused to attend his successor’s inauguration. Jackson spent significant time in office tearing down his predecessor—blaming Adams and the whole fierce campaign for his wife’s death after the election. That one was very complicated.

Speaking of Presidents and courtesy calls, Dwight Eisenhower and his wife, Mamie, sat famously in the car under the White House portico, snubbing the Trumans. But when it came to blaming his predecessor for the mess he inherited, he chose the path of just ignoring and dismissing Mr. Truman like the junior military officer he saw him to be.

Abraham Lincoln had great reasons and resonant issues to use to place blame for the country on the verge of disintegration he inherited in 1861 because his predecessor, James Buchanan, did virtually nothing to deal with the brewing national disaster. But Mr. Lincoln seemed to have a capacity to rise above cheap politics—dealings with his own Cabinet-made-of-would-be-rivals also demonstrated the 16th President’s ego tempering skills.

Of course, many times Presidents have succeeded men from the same party and, though they might have wanted to really make the guy before look bad, they realized that it was political suicide. Martin Van Buren could certainly have blamed the panic of 1837 on Andrew Jackson, who destroyed the National Bank, but party realities forbade it.

Warren Harding didn’t spend a lot of time or energy blaming Woodrow Wilson for the nation’s woes in the early 1920s. Ronald Reagan used Jimmy Carter as a punching bag for a short while, but quickly moved on. Even Richard Nixon didn’t waste time passing the buck back to LBJ. In fact, their relationship was remarkably good, considering their history.

Now, Franklin Roosevelt—well that’s another story. He used predecessor Herbert Hoover as his whipping boy for at least a decade—and one wonders if this example is the one that resonates with the current administration.

FDR ran a skillful campaign against Hoover in 1932, allied with the forces of economics and history in play at the time. Hoover was an unpopular president as a result of the onset of the Great Depression. Once hailed for his genius at organization and engineering, his name was even part of the vocabulary signifying good economy, as in the popular 1920 Valentine’s Day card:

“I’ll Hooverize on dinner, On fuel and tires too, But I’ll never learn to Hooverize When it comes to loving you.”

By 1932, however, his star had fallen and shantytowns across America were dubbed, “Hoovervilles.” However, today’s prevalent narrative that Hoover was a do-nothing president and then the great activist Roosevelt rode to the White House on a white horse, is at best an apocryphal exaggeration—at worst, it’s a lie.

In fact, Mr. Roosevelt, famous smile and all, was simply an effective and cynical politician who knew how to practice demagoguery with the best of them. He was also a very petty man. One example is in the naming—better, renaming—of the Hoover Dam on the Colorado River. It had been named for Herbert Hoover in 1931 not just because he was the President at the time (there were already dams named for Calvin Coolidge and Theodore Roosevelt extant), but also because he had been a major driving force in the project since the early 1920s during his highly successful tenure as Secretary of Commerce. He, being an engineer by training and trade, even played a crucial role in how it would work and be constructed—effectuating something called the Hoover Compromise allowing the project to go forward at a critical juncture.

After his humiliating defeat by the Roosevelt juggernaut in November of 1932, Mr. Hoover stopped at the construction site of the dam and remarked for the press:

“It does give me extraordinary pleasure to see the great dream I have so long held taking form in actual reality of stone and cement. It is now ten years since I became chairman of the Colorado River Commission—This dam is the greatest engineering work of its character ever attempted by the hand of man—I hope to be present at its final completion as a bystander. Even so, I shall feel a special personal satisfaction.”

But by the time the project was completed in 1936, it had been renamed by the Roosevelt administration as the Boulder Dam and Hoover was never invited to be part of any festivities. Of course, by that time Mr. Roosevelt was running for reelection against Republican nominee Alf Landon of Kansas.

But FDR was really running against Hoover one more time.

The other day, during that good-for-nothing White House meeting on health care, there was a telling exchange between President Obama and Senator John McCain. He told McCain that the campaign was over. He meant their campaign.

The battle against all things George W. Bush, however, still rages. And most likely this will continue through the 2012 campaign. After all, if you can’t run on a record of accomplishment—find a dead horse to beat and hope the people are dumb enough not to notice the abuse and absurdity.

The big question is: Will George W. Bush be as durable a whipping boy as was Herbert Hoover—or better yet—is Barack Obama as arrogant, cynically petty, or politically cunning as was Franklin D. Roosevelt?