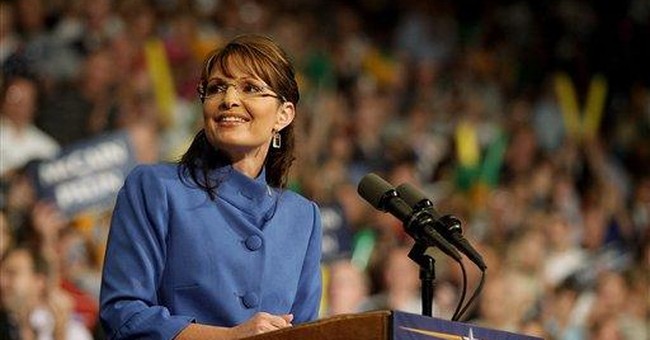 As this year’s campaign moves toward the final stretch, the frenetic media-driven discussion about whether or not Sarah Palin is prepared for the presidency continues.  Apparently, few have noticed that she is not actually running for that office.  But how does she compare to others who have sought the nation’s number two job since World War II?

Once upon a time, the choice of a running mate was made in cloak-and-dagger secrecy - as little more than a political afterthought.  Those who ran, and even those who eventually served as vice presidents, became for all practical purposes historical footnotes.  Of course, the few who moved up to the highest office due to the death of a sitting president were notable exceptions.

Harry Truman was ill prepared to ascend to the presidency in April of 1945.  This had little to do with whether or not he was up to the job.  It was because his predecessor didn’t bother to give him the time of day.  His selection was matter-of-fact and his interaction with President Franklin D. Roosevelt was – well – there really wasn’t any.  Finding out about the secret Manhattan Project day or so into his presidency, Truman remarked: “I didn’t know.”  There were many things he, in fact, didn’t know – and this was not really his fault.  Fortunately for the nation, the man from Missouri was a quick study.

By 1952, a vice presidential candidacy was taken more seriously.  Richard Nixon in many ways created the modern vice presidency.  Though his relationship with President Dwight Eisenhower was not without its generational complications – including a measure of dysfunction – he was an energetic and effective team player who expanded the public’s perception of the vice presidency.

His conduct during Ike’s illnesses, and his global travel as the administration’s emissary, increased his stature, not to mention his political stock.  Nixon’s transition to the Republican presidential nomination after eight years of playing second fiddle was virtually inevitable, late-minute machinations by his intra-party nemesis, Nelson Rockefeller, notwithstanding.

The 1960 presidential race has been analyzed and debated probably more than any other election in the past one hundred years.  Even the protracted and polarized 2000 campaign fails to fascinate us as does what happened forty-eight years ago.  Three men – all who would eventually become president – occupied center stage that year: John F. Kennedy, Lyndon B. Johnson, and Richard M. Nixon.

Immortalized by the first book in Theodore White’s The Making of the President series, the race of ’60 has recently been revisited by historian-author David Pietrusza in his book, 1960: LBJ vs. JFK vs. Nixon.  A sequel of sorts, at least in the genre sense, to his earlier book, 1920: The Year of Six Presidents, this new work brings one of the great political narratives to life weaving together well-worn stories and some material that is not as well known.

Parallels are already being drawn between Barack Obama’s recent rejection of Hillary Rodham Clinton and John F. Kennedy’s cold-calculated selection of Lyndon Johnson in 1960.  If Obama eventually loses, this will no doubt be where blame will be placed.  The ultimate vice presidential nominee mistake, however, may actually have been made that very same year nearly five decades ago - but it was on the Republican side.

The biggest VP crash-and-burn candidate in recent memory was a man by the name of Henry Cabot Lodge Jr.  He was Nixon’s running mate as they battled the Kennedy-Johnson Democratic ticket in 1960.  Though conventional historical wisdom generally suggests that Kennedy beat Nixon because of Nixon’s first debate performance, or his failure to call Coretta Scott King, or vote-fraud shenanigans in Illinois, the real story may have much more to do with Mr. Lodge’s role.

“On the surface he seemed quite impressive – articulate, handsome, experienced, a true public servant from one of the nation’s most distinguished families.  But in the long history of vice-presidential nominees Lodge – though scoring extremely well in abstract popularity polls – ranked as among the more puzzling of selections.   He was unable to carry his home state, nearly powerless to affect any outcome in his region, a toxin to his party’s conservative base, and, ultimately, a drag upon the ticket in a region – the South – where real breakthroughs might be gained.

Mr. Lodge was described by chronicler Theodore White as, “like medicine – good for you, but hard to take.”

Why would Nixon - the consummate political strategist – choose someone who would go over like a lead-balloon?  Well, the answer seems to be in his desire to base his decision on the qualifications to actually serve as president, more than political considerations such as campaign skills or the ability to help the ticket geographically and demographically.

Mr. Nixon also sensed that the crucial issue of the campaign was foreign policy – possibly a reflection of his own interest-bias.  To try to go “toe to toe” with the Democrats on domestic issues would, he thought, give the natural advantage to his opponents.  Lodge had, in fact, been a very effective U.N. Ambassador during the 1950s and had some good press recently.  After the U-2 spy plane fiasco in May of 1960, he helped the U.S. regain the Cold War public relations initiative by highlighting the fact that the Soviets had been eavesdropping on our embassy in Moscow.  A device was hidden inside a gift that had been given to our ambassador back in 1945 – a great seal of the United States carved in wood.  Gotcha.

Yet, the choice of a running mate from Massachusetts, John F. Kennedy’s home state, and, in fact, of someone who had already been soundly beaten by Kennedy in a senate race eight years earlier, seems in retrospect rather odd indeed.

In contrast to Richard Nixon’s energetic fifty-state marathon, Lodge’s hatred for the nuts and bolts of press-the-flesh campaigning translated into a monumentally lackluster performance.  He took long naps after lunch, refused evening appearances, and regularly canceled those scheduled in the afternoon.  One politico complained, “we didn’t mind him having a nap in the afternoon, but why did he have to put on his pajamas?”

Nixon had well-known problems with television that year, but Lodge’s work before the camera was far worse – the only redemption being that much of it never saw the light of day.  During one of many attempts to produce shows or spots, he botched his delivery so badly that several expensive hours worth of work had to be completely scrapped.

Because Henry Cabot Lodge Jr. could not carry his home state, function coherently on television, or work a full day on the campaign trail, Richard Nixon, for all practical purposes, conducted a solo campaign by default.  He was not helped at all by his running mate.  In fact, Lodge was a dead-weight drag on the ticket. And as the campaign reached the end, the Republican vice presidential nominee gathered his team in advance of election night to prepare a statement.  Margery Petersen, a Nixon secretary, was asked to type it up.  She later recalled: “When I saw it, I just couldn’t believe my eyes. It was a concession statement! I refused to type it.”  How’s that for a team player?

It is generally agreed that vice presidential candidates don’t usually affect the outcome of elections.  That may be true, but in 1960 there was a notable exception to this political rule of thumb.  Even Nixon himself reportedly admitted years later that his selection of Lodge was a mistake.

With all the talk about whether or not a vice presidential candidate is prepared for the presidency itself, the fact is that the most effective running mates have not been people who instantly resonated with voters as presidential.  On the contrary, the best of the lot have been good team players, hard campaigners, and politicians who understood that it wasn’t about them.  They balanced, complimented, and did their best to help the person in the top spot to win.

Whether or not a person who steps from some other duty to run for vice president is prepared at that moment for the actual presidency is not the real issue.  If elected, the vice presidency itself will provide ample training.

Sarah Palin may have a few things to learn in her new role as Republican vice presidential nominee, but she is certainly no Henry Cabot Lodge Jr.  She is a superb campaigner, compelling communicator, and charismatic crowd pleaser.  If John McCain is elected, he will make sure that she is prepared to become president, should circumstances ever call for that.

Of course, the real question is: Is anyone ever completely prepared to be president of the United States?