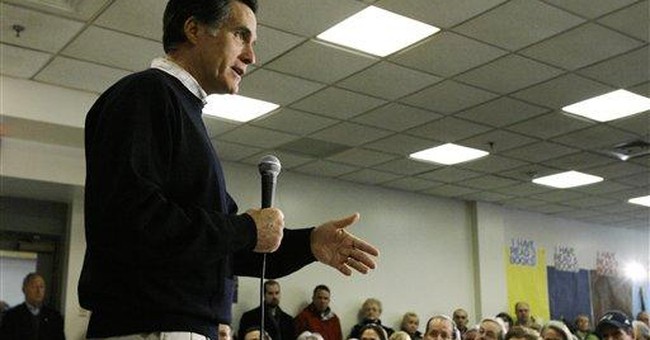 Mitt Romney’s speech about his faith and the role of religion in politics a few weeks ago at the George H. W. Bush Presidential Library in Texas, was a not so subtle attempt to replicate something done by another Bay State politico during the 1960 presidential campaign.

When John F. Kennedy appeared before The Greater Houston Ministerial Association less than two months before he narrowly defeated Richard M. Nixon, he effectively neutralized the idea that his religion (Catholicism) should somehow disqualify him for the nation’s highest office.

Kennedy had, in fact, been out in front of this issue for much of his campaign, sensitive to the fact that the last time a Roman Catholic had been nominated by a major party for the presidency was in 1928, when Al Smith, “The Happy Warrior,” had been routed by Herbert Hoover. Smith’s Catholicism was every bit as important that year as was Hoover’s legendary resume.

Even before he announced his candidacy in 1960, Kennedy was talking about the issue telling one national magazine in 1959: “Whatever one’s religion in private life may be, for the officeholder nothing takes precedence over his oath to uphold the Constitution and all its parts – including the First Amendment.”  This would be the essence of his argument before the Texas ministers.

Interestingly, though, Kennedy’s most persistent critic on the issue was not a Republican – or even a Protestant. Rather, it was a fellow Democrat, and Roman Catholic at that, who took issue with JFK’s rhetoric on religion and presidential politics.

Eugene McCarthy was a Senator from Minnesota, and he is best known to most of us for what happened in the 1968 campaign – but his musings on religion and elections are very relevant today as we move into the political year 2008.  McCarthy was a devout Catholic and he took issue with Kennedy’s handling of issues of faith.  Here’s something he said writing in America, a Catholic weekly, at the time:

“Although in a formal sense church and state can and should be kept separate, it is absurd to hold that religion and politics can be kept wholly apart when they meet in the consciousness of one man. If a man is religious – and if he is in politics - one fact will relate to the other if he is indeed a whole man.”

Charles Kaiser, in his book 1968 in America suggests that John F. Kennedy took this as a personal offense. So, McCarthy’s relationship with the Kennedys was turbulent long before he, himself, ran for president in ’68.

Gene McCarthy was, in my opinion, on to something – something that should be inserted into this current campaign and national discussion. He took issue with the idea of religion being an issue for John F. Kennedy’s politics because Kennedy’s religion was not, as he saw it, a very real issue in the Massachusetts Senator’s life.

The relevance of a man’s religion as “fair game” in a political campaign should depend entirely on the degree to which a man, or woman, actually embraces and practices what is professed. Anyone can talk the talk – the key is to figure out who is walking the walk.

McCarthy correctly saw John Kennedy as a nominal Catholic – someone who was connected to a particular religious system by reason of family, heritage, and culture – not necessarily out of heart-felt passion.  Biographers of our 35th president have wrestled with this with one suggesting that JFK was religiously more in line with the French and English Deists of the 18th century than he was with his own church.

Not to mention his lifestyle.

Gene, on the other hand, was passionate about his faith, and had spent significant time in monasteries contemplating life as a monk.  He was no holiday churchman. To him it was impossible for a man to approach politics from a purely secular vantage point if his life was personally and passionately immersed in religion.

How does this relate to the situation du jour?  Well, it seems to me that distinctions need to be made between candidates who are driven and defined by their faith – and those who are not. We should not expect aspirants for office who have no pattern of religious devotion to adopt the language of Zion for political purposes.  That’s pandering.

Nor should we expect or insist that those who are authentic people of faith – where, as McCarthy described it, religion and politics meet “in the consciousness” of a person – should have to distance themselves from what is personally believed.

If a man or woman is driven and defined by faith – and, if that faith then informs the worldview – it seems to me that the faith itself can be put on the table at least in the sense of helping us understand what makes someone tick.

That is if we want a “whole” person in the Oval Office.