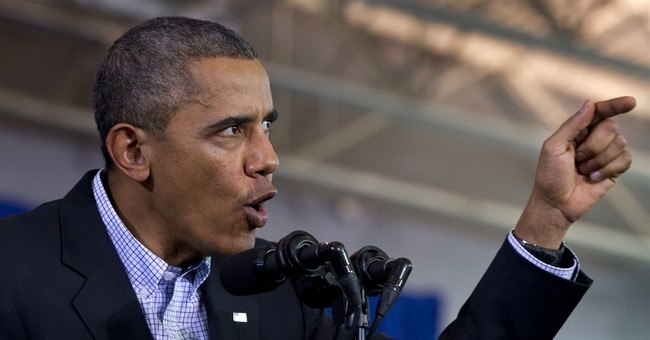 Everyone is focusing on Obamacare because it is such an obvious disaster, but in fact, it is but a microcosm of Barack Obama's entire presidency. Obamacare is Obama unmasked.

Aren't some of you tired of making lame excuses for him that only serve to make things worse? He has made a mess of nearly everything his policies have touched, and he's mostly avoided the blame; but he owns Obamacare, and he has nowhere to hide.

When someone with the influence Obama enjoyed upon first taking office sets out to fundamentally transform the nation -- and he has the unqualified support of the entire liberal media apparatus, the Democratic Party in lock step, millions of people purchased with government money and/or indoctrinated in liberal universities, and the cudgels of racial shaming and white guilt -- the possibilities are endless.

Constitutionalists have observed for years that America has been on a downward spiral as its ruling class has discarded its founding principles -- the very ideas that led to this nation's uniqueness, power, prosperity and benevolence. We've known that we could not forever piggyback, with impunity, on America's system of limited government and its free market economy. Eventually, statist encroachments on both would destroy our prosperity, liberty and power.

But we were thinking in terms of decades into the future, not a matter of a few years. Who would have ever thought the United States would embark on such an accelerated path of national suicide?

At the beginning, people could argue that Obama would usher in a period of prosperity and bipartisanship and that things would get better in America. But after five years of unconscionably reckless federal spending, a wholesale assault on our domestic energy industries, endless abuses of executive authority and other lawless incursions on the Constitution, unprecedented divisiveness and polarization across economic, racial and gender lines, America's declining power and prestige in the world, an explosion of the welfare state, and the worst economic recovery in 60 years, how can anyone who cares about this nation's future and the well-being of our children and grandchildren keep supporting this man's policies?

Even those of you who seem to have an endless capacity for buying into the administration's childish scapegoating of the Bush administration or the current GOP opposition for every Obama policy failure surely are beginning to have doubts as you watch the inglorious unfolding of Obamacare.

At first, you may have been hanging on to the fantasy that this was just a technical problem with the website -- perhaps marginally understandable given the immense scope of the "transition" into government-run health care. But unless you have been asleep the past few weeks, you understand that the problems with the website were so colossal that only an incompetent and arrogant administration could have presided over them.

But you also know that as horrendous as the website problems are, they pale in comparison with the substantive problems with Obamacare and Obama's abject lies to pass the bill in the first place and his continuing pattern of deceit concerning this boondoggle.

You may choose, like New York Times editors, to become part of the lie and euphemize Obama's Obamacare lies as "misstatements." But that's an insult to anyone in possession of the left side of his brain. Actually, it's an insult to right-siders, too, because you'd have to be bereft of intuitive powers not to sense the enormity of the presidential deception.

It is inconceivable that Obama merely misspoke when he promised that Americans could keep their private plans and doctors if they liked them and when he said the premiums for an average family of four would decrease by $2,500. Those were cold, calculated lies designed to defraud the American people and their representatives into supporting Obama's "signature" legislative dream, which was never about increasing access, reducing costs, increasing quality and preserving choices. Rather, Obamacare has always been nothing less than the linchpin in Obama's bigger dream to fundamentally change America into a nation he could like instead of resent -- a socialist utopia rather than the land of the free, of the brave and of equal opportunity.

Those on the left who stubbornly insist on continuing to support Obama and his destruction of America need to re-evaluate him. Is your appetite for denial unbounded?

Those on the right who insist on continuing to pull their punches instead of calling it like it is will also eventually have America's blood on their hands.

We all had better wake up. There's only so much bitterness and covetousness a nation's leaders can arouse in its people before they reduce it to permanent mediocrity.