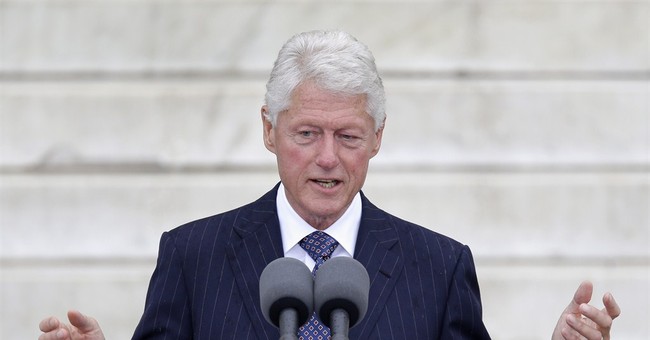 This week, I heard a conservative commentator "admitting" that Republicans don't do enough for black voters. "Why don't conservatives offer solutions?" asked this person.

It bothers me that otherwise-sound conservative thinkers fall into this trap -- unwittingly ceding the turf of the debate to their liberal counterparts. The assumption is that unless we offer liberal solutions -- catering and pandering specifically to blacks -- we have nothing to offer.

Republicans do offer solutions for blacks, just as they offer solutions for all other people. The conservative solution is not to increase government transfer payments to able-bodied people but to pursue policies that will lead to economic growth and opportunity.

Though many liberals would have you believe that efforts to reduce government assistance and dependency programs and to encourage self-sufficiency are heartless, they are in fact more compassionate. Have we learned nothing from a quixotic half-century war on poverty?

At the risk of cliché, it is far more compassionate and humane, as a general proposition, to teach a man to fish than it is to feed him fish. In the long run, it is irresponsible and, yes, cruel to promote policies that result in greater dependency on government for those who don't need to be dependent.

Many "broad-minded" liberals would doubtlessly dispute this assertion, as well, but a cohesive traditional family unit is better for individuals, families and society at large. The breakdown of the traditional family -- the absence of fathers from homes -- does cause (and has caused) unspeakable damage to Americans, especially black Americans.

Excuse me, but in the '90s the Republican Congress offered welfare reform, one of the purposes of which was to reunite families -- to remove government incentives for fathers to abandon their families. It sought to break people's dependency on government, get them back to work and restore their dignity.

Though former President Bill Clinton has often bragged about his accomplishment in passing welfare reform legislation, history records that he had to be dragged kicking and screaming past the veto pen and only signed the bill after rejecting it twice.

There was a broad consensus that welfare reform was successful in achieving some of its goals. Specifically, black illegitimacy and black poverty were reduced after its enactment.

Even if Democrats eventually embraced the reform, their support was short-lived, for President Obama deliberately reversed the salutary effects of the law by gutting its work requirement despite its objective successes.

Excuse me, but for years, conservatives have been shot down in their tireless efforts to establish school choice programs to rescue poor children, especially blacks, from inferior, dangerous inner-city public schools. Though vouchers and choice programs have worked with great success where they've been tried, Democrats have chosen to protect teachers unions at the expense of blacks in opposing them.

Excuse me, but they offer a catalog of policies that would decrease the role of government and re-energize market forces so as to create a climate of economic growth that would expand the pie and increase everyone's opportunity for gainful employment.

Republicans shouldn't pander to black voters by offering the same destructive programs liberal Democrats have enslaved them with for the past 50 years. They should continue to treat them like equals -- like human beings made in God's image and worth every bit as much as any and all other human beings.

This is not to say the Republicans couldn't use lessons in marketing. Just because they shouldn't pander to blacks and carve out special policies for them in a transparent effort to win their votes doesn't mean they shouldn't learn how to better communicate their message to blacks.

Democrats patronize blacks, treating them as if they aren't capable of getting jobs, of acquiring proper identification to vote and of making up their own minds about which party and candidates to support. The last thing Republicans should do is to board that insulting train.

In the grand scheme of things, though, these issues transcend race. The fundamental dispute underlying the difference between the Democratic approach to race and the Republican one concerns the parties' respective beliefs in the United States Constitution and America's free market system.

Republicans believe in equal opportunity and equal treatment under the law, not in government-imposed equal outcomes. We believe that the greatest good for the greatest number of people, including minorities, will be achieved by ensuring liberty, equality and opportunity for all. History vindicates our position. History repudiates the liberal Democratic position.

After decades upon decades of a barely interrupted avalanche of liberalism, America is in decline, and blacks are hurting relative to the general population. Blacks have done markedly worse during the past five years under President Obama.

With history and the evidence decidedly on their side, Republicans should be able to do a better job of making their case to blacks and all voters. Yes, they have solutions, but it would help if they'd start talking about them as if they believe in them instead of masquerading as Democrat lite.

David Limbaugh is a writer, author and attorney. His latest book, "The Great Destroyer," reached No. 2 on the New York Times best-seller list for nonfiction. Follow him on Twitter @davidlimbaugh and his website at www.davidlimbaugh.com. To read features by other Creators Syndicate writers and cartoonists, visit the Creators Syndicate Web page at www.creators.com.